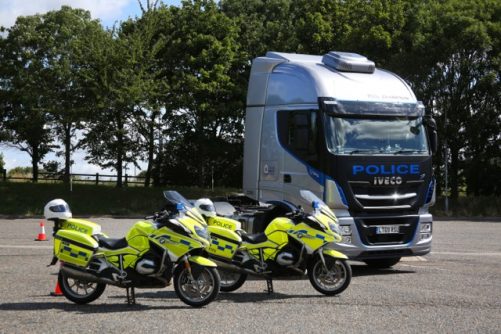 Essex Police has secured the services of a high ranking Iveco Stralis tractor-unit on a long-term basis to assist with duties through the Coronavirus pandemic. On a daily basis, the high-spec IVECO Stralis XP 570 is available to support with emergency supply transport, as well as for use in any road safety campaigns and operations. It has similarly saved in recovery contractor costs on a number of occasions too, for example during an incident in April where two stolen trailers were seized. Operated by the Commercial Vehicle Unit it also helps with visibility and relationship-building with the general public and is used in traffic stops.

Essex Police has used it in a number of operations on the British motorways where they can utilise its height to ensure motorists, including truck drivers are concentrating on the task in hand. They’ve seen some fairly frightening incidents to deal with as a result, such a numerous motorists driving with no seat belts or using mobile phones, but one that sticks particularly in my mind was a truck driver cooking his lunch over a lit gas stove between the seats while cruising the M25!

On taking delivery in March, the Stralis XP 570 was then fitted with the decals and a series of blue LED strobe lights in the windscreen. Certainly looks the part! 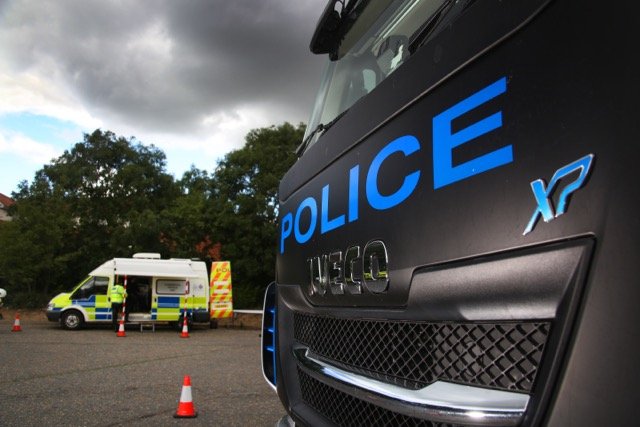