Home Breaking News Picture of the Week – Megan Yeats honoured at TUD – ‘From... 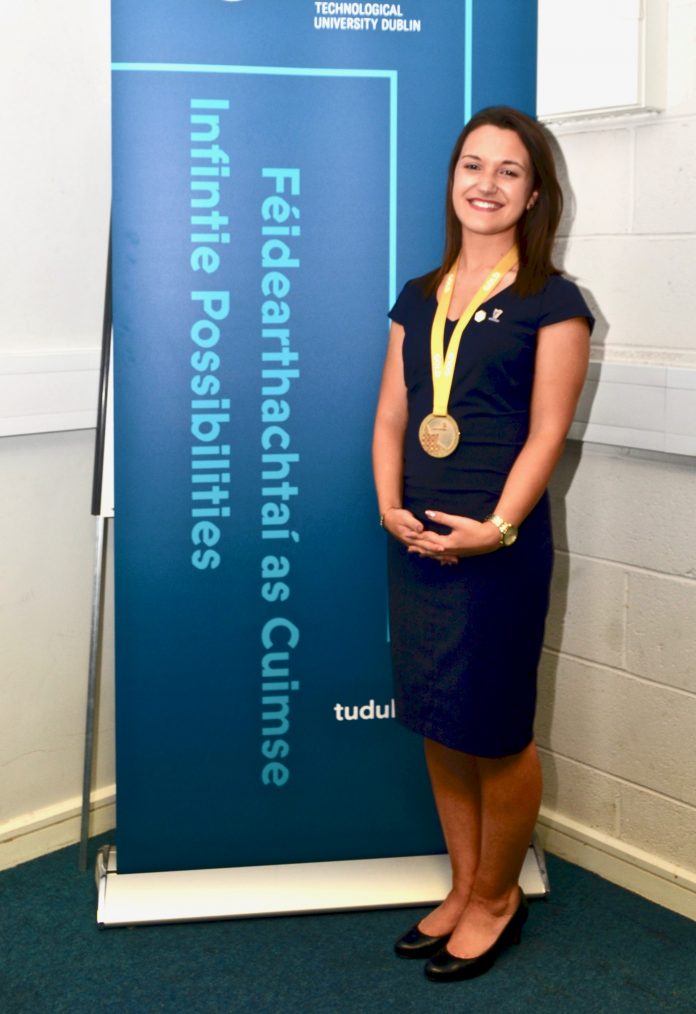 Over three days in March of this year, the first IrelandSkills Live Competition was held at the RDS in Dublin. The competition saw Trainees and Apprentices from a variety of disciplines compete to become the IrelandSkills Live national champion. One of the disciplines was Transport Logistics and upon the event’s conclusion, Megan Yates emerged as the overall winner. Each category winner then went forward to represent Ireland at the 2019 WorldSkills Competition held in Kazan, Russia with over 1,300 other competitors from over 60 countries.

As with any competitive event on the world stage, it is not simply a case of turning up and hoping for the best. Competing at this level requires training and dedication, especially when considering that Megan was required to finish her final year exams and completing her dissertation before travelling to Kazan. With this in mind and for Megan to emerge victorious with the WorldSkills Gold Medal in Freight Forwarding was an incredible achievement.

To recognise the achievement Technology University Dublin (TUD) held a special evening ceremony to celebrate Megan’s success. In paying tribute to Megan’s achievement the Dean of the College, Dr. Katrina Lawlor thanked the Irish Logistics Industry and the Freight Transport Association Ireland for their help with preparing for the competition. She highlighted the efforts of TUD’s Declan Allen in a special mention, noting that “Declan was the driving force behind the project.” 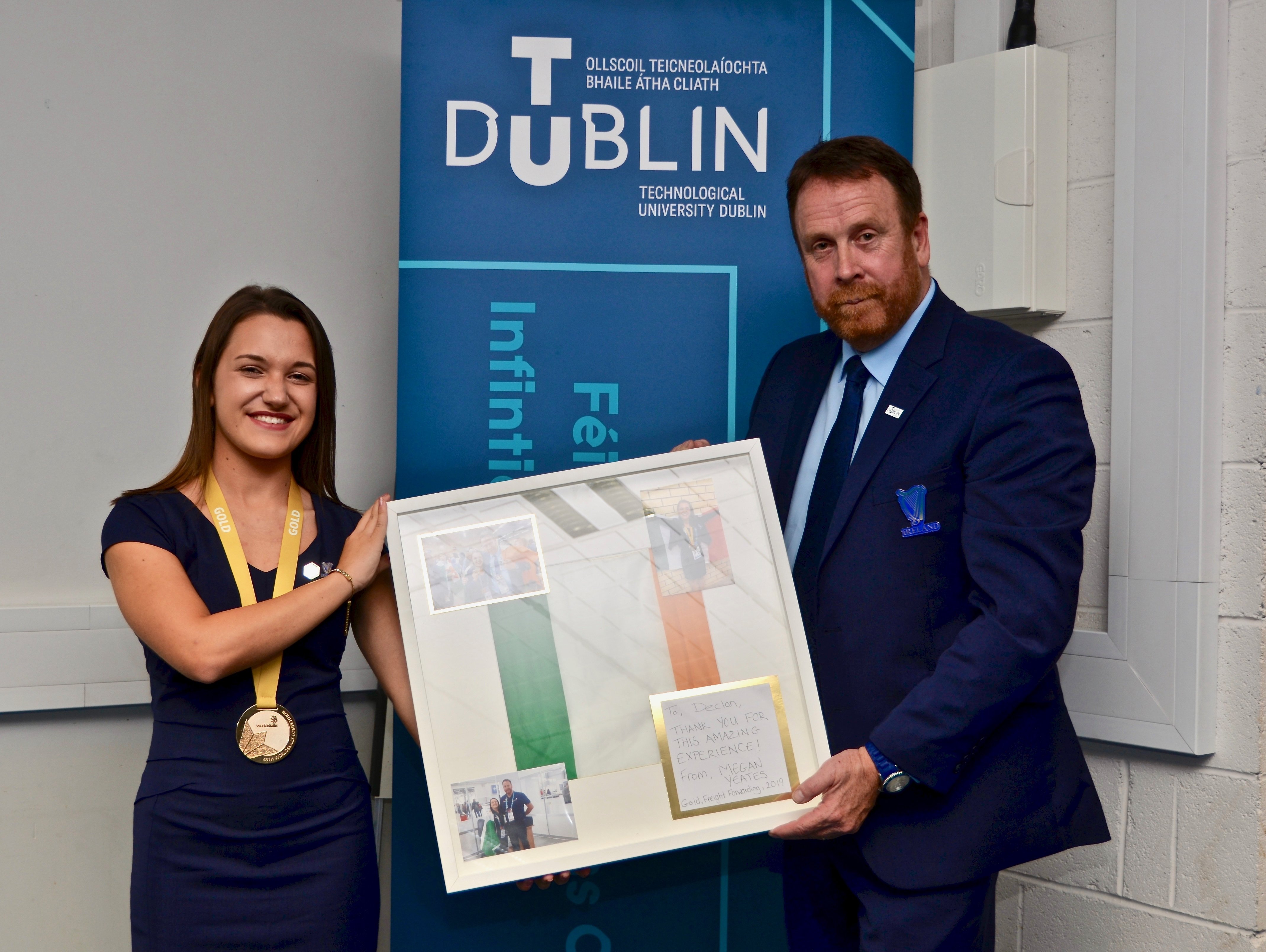 In his address, Declan said that Megan’s training began four years ago and continued: “her dedication and desire to succeed ensured that she graduated top of her class in TUD.” He recalled the awards evening in the Kazan football stadium saying: “I had a sense we were on the podium, but when her name was called out as winner, it was incredible.”

Describing her experience of the four-day event Megan commented: “We gave it everything and left nothing behind especially on the second day, and all the hard work paid off.”

In closing Megan sincerely thanked the College of Business at TUD and especially Declan Allen for all his efforts and support, saying that she looks forward to keeping in touch with the college as her life enters a new chapter.

TUD is already looking forward to the next WorldSkills event in Shanghai, China in 2021. This will be an opportunity to improve on the outstanding success achieved in Kazan where Team Ireland brought home 17 medals.