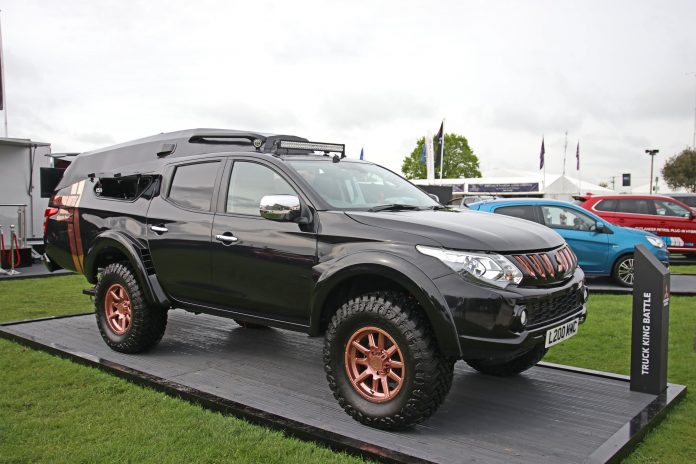 Based on the ‘Truck King Battle’ winning entry from Joanne Tulloch of Livery Dole Mitsubishi in Exeter, whose concept of an eSports gaming truck gained the highest online engagement across the social media channels of Mitsubishi Motors in the UK during the competition. This winning entry has been realised thanks to Mitsubishi Motors in the UK and Ralph Hosier Engineering who had the task of building this unique show vehicle. 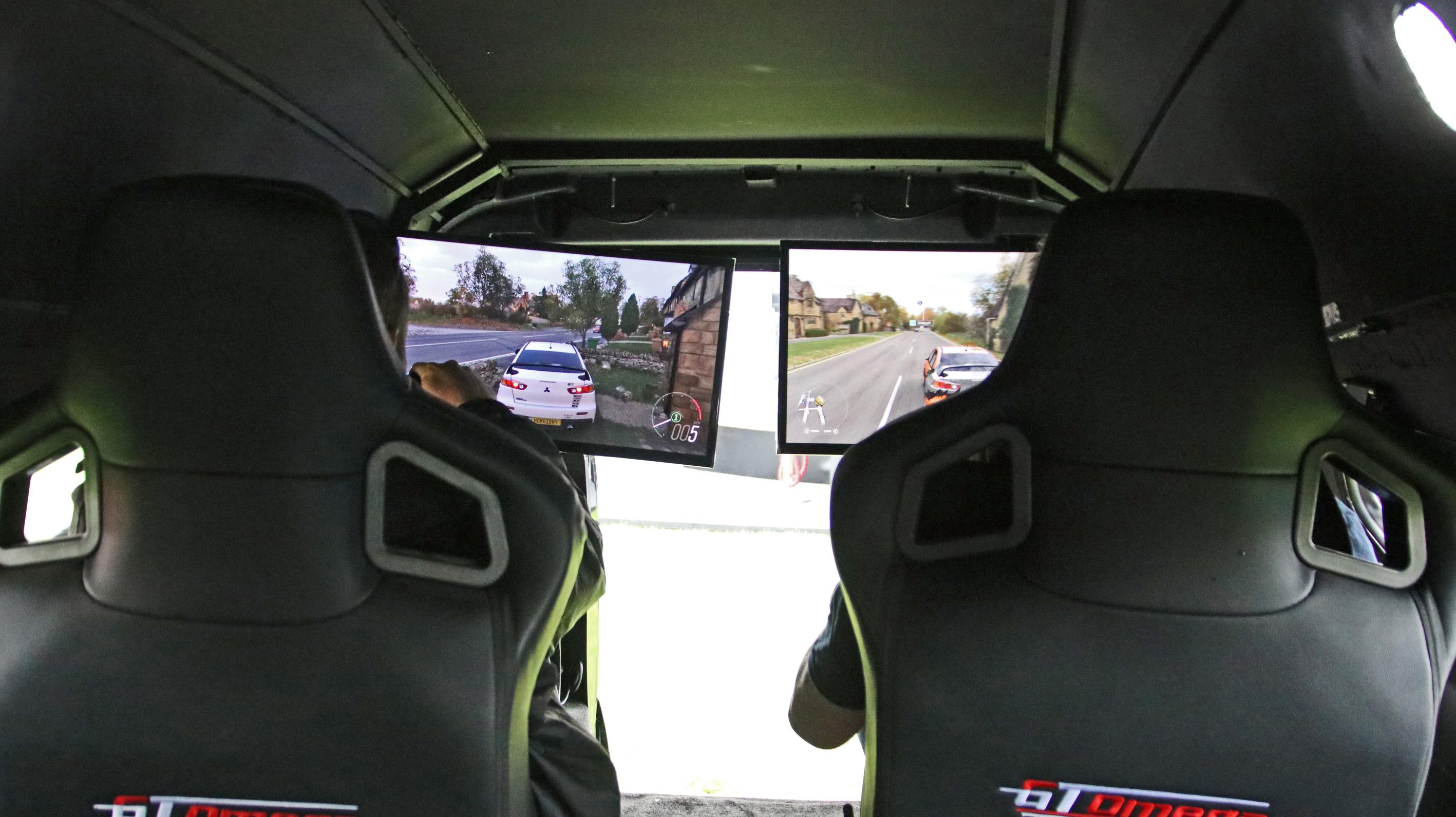 Based on a standard Mitsubishi L200, this heavily modified show truck benefits from a chassis extension of 800mm and has been widened by 80mm to enable it to house a twin gaming area. Each of the two race simulator gaming set-ups is complete with a racing seat and Logitech G920 Driving Force Racing wheel, pedal box and gear shifter. Xbox One consoles are linked to curved 24-inch LED screens which are being used to run Forza Horizon 4. 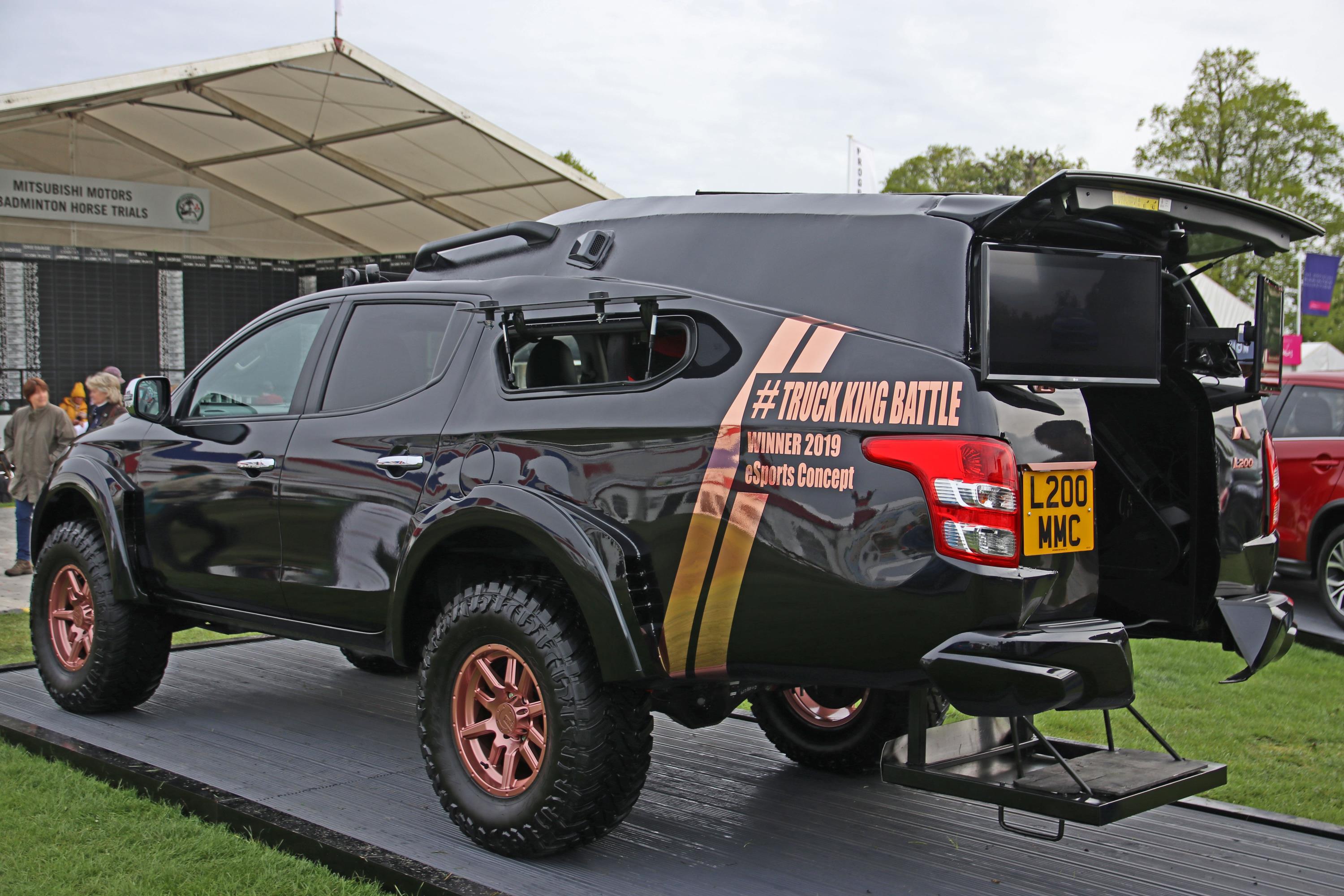 The rear tailgate has been heavily modified and now incorporates a set of fold-down steps to allow easier access to the gaming area, which itself is covered with a bespoke fabrication to allow for the additional headroom required. The rear area is completed with a coffee machine and refreshment bar, allowing for hours of uninterrupted gaming. Two 22-inch LED screens are also situated on the outside of the vehicle to allow onlookers to see what is happening and keep track of the game progress but can be folded away into the rear area during transportation. All of this technology is powered by a roof-mounted 150w solar cell, which is capable of charging up the four 105Ah deep-cycle leisure batteries to give up to eight hours off the grid playing time.

The exterior of the L200 eSports Concept is fitted with Speedline Mamba alloy wheels, which have been finished in distinctive metallic rose gold and fitted with large off-road tyres. There are also modifications to the front and rear wheel arches and a light bar is fitted to the front of the roof area. Finally, the front grille, vehicle badges and bespoke vehicle decals are finished in the rose gold colour scheme to complete the look.