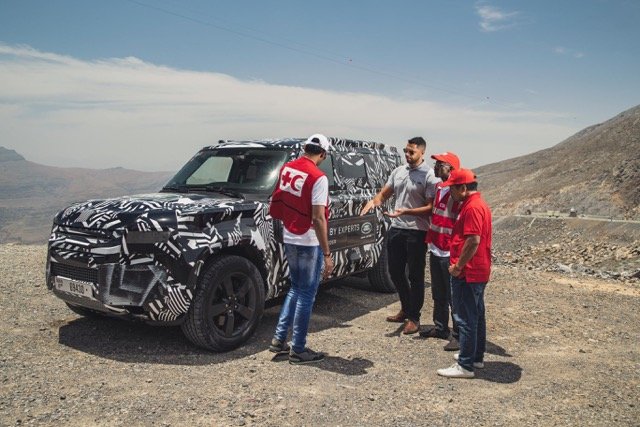 The new Land Rover Defender has been put through its paces under the watchful eye of all-terrain experts from the International Federation of Red Cross and Red Crescent Societies (IFRC) in the latest stage of its global testing programme. The prototype vehicle visited the IFRC global fleet base in Dubai, ahead of its public debut later this year.

Land Rover engineers demonstrated the vehicle’s breadth of capability to their IFRC counterparts both on and off road, before the IFRC fleet experts took to the wheel to test the vehicle for themselves on the region’s desert sand dunes and the twisty tarmac of Jebel Jais highway, experiencing the assured handling and comfort of the new 4×4 as they wound their way up the tallest mountain in the United Arab Emirates. 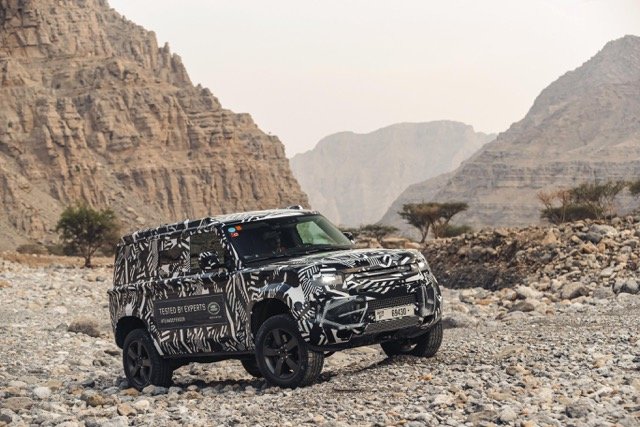 The test in Dubai coincides with the renewal of Land Rover’s global partnership with the IFRC – a relationship that dates back 65 years, to 1954, when the first specially adapted Land Rover entered service in the region as a mobile dispensary. This year marks the humanitarian organisation’s centenary as it celebrates ‘100 Years of Hope’. Over the next three years, Land Rover will support disaster preparedness and response initiatives in locations including India, Mexico and Australia.

Commenting on the ongoing partnership Nick Rogers, Jaguar Land Rover Executive Director Product Engineering, said: “Jaguar Land Rover is proud to support the work of the IFRC. Since 1954 our vehicles have enabled access to remote and vulnerable communities, helping them become more resilient, and we hope the new Defender will maintain this heritage.”