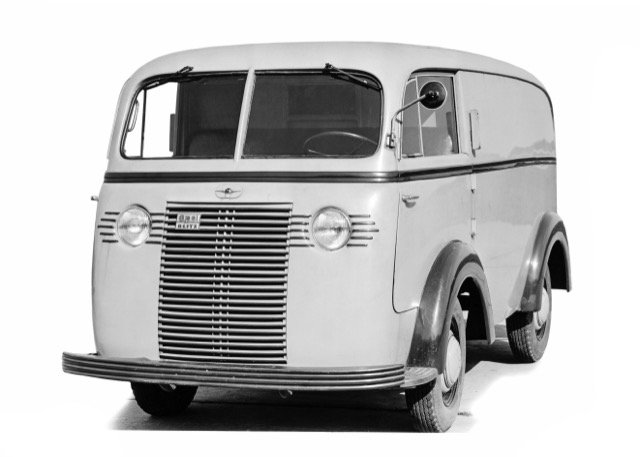 Sensational discoveries are rare, but they do happen. Specialists from Opel Classic discovered at an auction eight ancient photographs of a delivery van. The discovery turned into a revelation. The unpublished photos showed that Opel in the mid-1930s had a highly modern-looking delivery vehicle ready for production – years before the corresponding concept spread worldwide and became the standard for today’s designs, such as the Opel Vivaro & Movano.

Leif Rohwedder, Manager Opel Classic explained: “No such pictures existed in the Opel historic archive. As far as we know, no publication had ever reported about the vehicle. Knowledge of this unique prototype had disappeared for decades.” 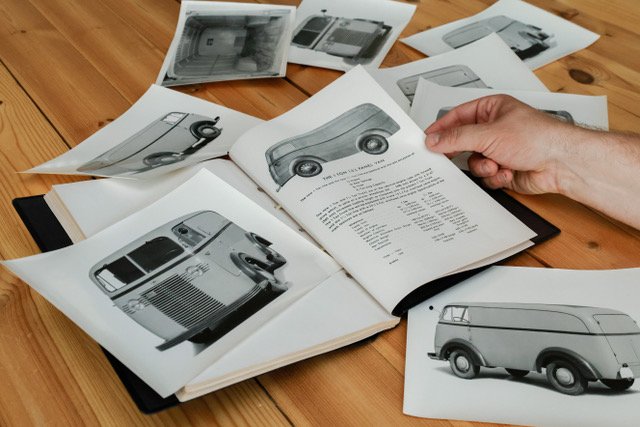 The photos show the pioneering design of a compact Blitz van that was apparently fully developed and driveable. The project name was written in pencil on the back of the pictures: 1.5-23 COE. The numbers refer to the engine displacement (1,488 cc) and the approximate wheelbase (2,400 mm). “COE” stands for “cab over engine” (“Frontlenker” in German).

The concept was highly advanced for the 1930s. In comparison to vehicles with a conventional long engine hood, the design allowed more compact exterior dimensions while retaining a large cargo volume. The engine was located either underneath or slightly in front of the bench seat.

Before the outbreak of World War II, such vehicles were found only in the USA, Germany and France. There were only two German COE vehicles, both from the early 1930s; each had a very basic box-shaped cabin and they were powered by two-stroke two-cylinder engines. Neither was very successful. At that time, the market preferred vehicles that had a long engine hood, such as the 0.3-3.0-ton class-leading trucks offered by Opel.

The Blitz van featured a straightforward, functional design that matched the progressive concept. However, it was clearly an Opel: the black wheel arches were like those of contemporary Opel trucks while the “art décor” trim was a characteristic feature of all Opel passenger cars in the 1930s. The ornamentation also emphasised the horizontal lines and gave the vehicle a friendly face – highly unusual for delivery vans in those days.

Opel – at the time a market leader in commercial vehicles – used components from other models to build the van, for example, the Olympia’s 1.5-litre engine or the axles from the legendary Blitz truck. The body structure was advanced for the time; apart from the bulkhead, the cargo area floor and part of the roof, the body was made completely of steel.

Not much is known about the technical details of the Blitz 1.5-23 COE. A brochure in English for model year 1937 was eventually discovered in the Opel archive. The document suggests that, in addition to the one-tonner, a 1.5-ton variant with six-cylinder engine and twin rear tyres was also planned. Similar drawings in the archive show a platform truck and a 15-seat mini-bus version of the Blitz 1.5-23 COE.

Too far ahead of its time: The Blitz van remained a prototype

The Blitz delivery van never went into production. The reasons were probably compounded by Germany’s preparations for war in the second half of the 1930s. Light commercial vehicles were not required and Opel would have been forced to stop production. The Blitz 1.5-23 COE thus remained a prototype.

Opel has continued the development of delivery vehicles since the 1950s, culminating in today’s successful trio of light commercial vehicles – the compact Combo and the  Vivaro & Movano. This year celebrating its 160th anniversary, Opel remains a pioneer today, as the entire LCV model range features battery-electric drive. With electric motors producing up to 100 kW (136 hp) and batteries with up to 75 kWh of capacity, the German automobile manufacturer has an offer for every need.

In addition, Opel already has the solution for fleet customers who want to cover long distances or who need to refuel within minutes. The Vivaro-e Hydrogen fuel cell electric vehicle has a range of up to 400 kilometres (WLTP) and it takes only three minutes to refuel with hydrogen. 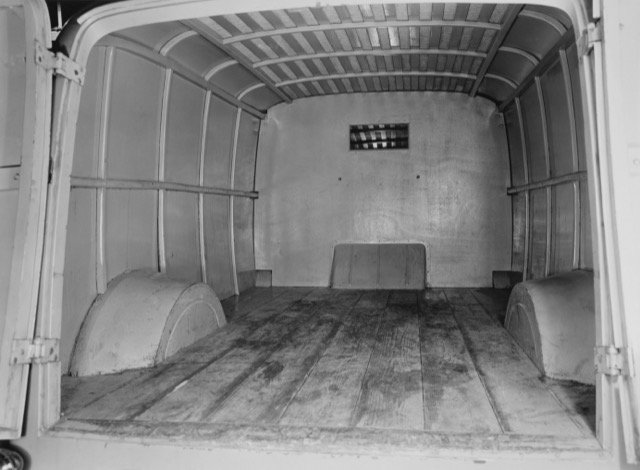