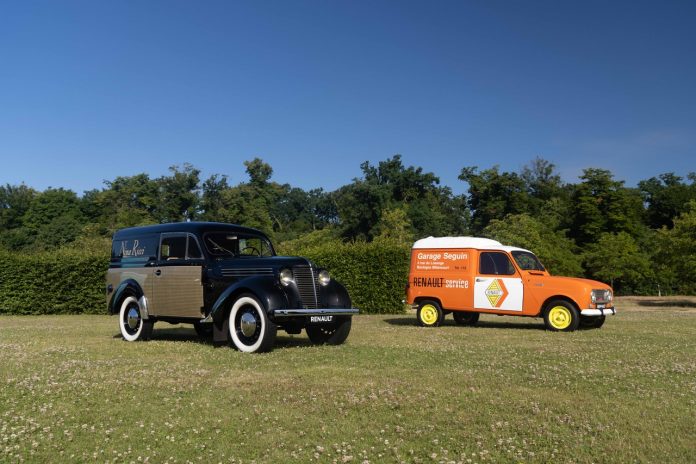 A car that did it all, it was much loved by the French postal service and Gendarmerie, housewives and students, globe trotters and retirees, holidaymakers and craftsmen.

The latter were most often won over by its van form. Its low-cost maintenance, its space and sturdiness in any occasion won over all types of professionals, especially mechanics.

The small Renault 4 F4 van in “Renault Service” orange and white became synonymous with proximity. A few years later, the “Express” van based on the Super 5 took over before the modern “Kangoo”.

Launched before the Second World War, the Juvaquatre saloon was the first Renault with an integral chassis and independent front wheels.

A pick-up van version with 250 kg payload was soon introduced with a 300 kg version added in late 1938 just before the start of the War.

These small utility vehicles, with windows or sheet metal panels, were used by craftsmen and even the Gendarmerie Nationale for a long time. 52,000 “Dauphinoises” were delivered between 1956 and 1960, when the Renault 4 took over.