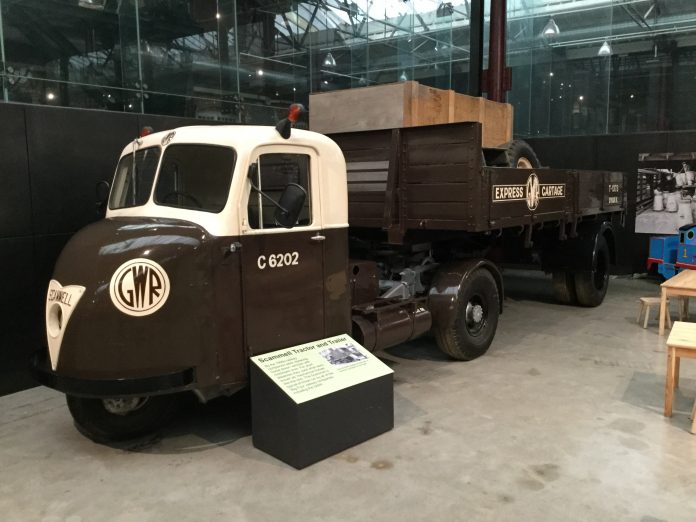 Of the many fine displays at the STEAM Museum of the Great Western Railway (GWR) in the beautifully restored Grade II listed railway building in the heart of the former Swindon Railway Works is this Scammell Tractor & Trailer.

By the 1930s railway companies were replacing horse drawn vehicles to motorised ones. For short distances they used what were known as ‘mechanical horses’, like this one. This Scammell is typical of those operated by all of the ‘Big Four’ railway companies including the GWR. Flatbed rigid trucks with wooden box containers on the back were also used.

Located right next to Swindon’s Designer Outlet, the Museum tells the story on the men and women who built, operated and travelled of the Great Western Railway.