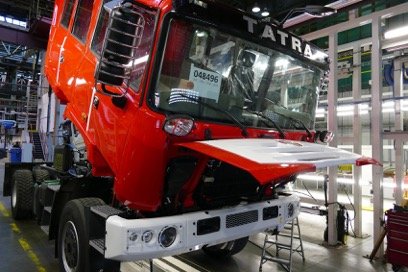 Tatra Trucks, the third oldest heavy commercial vehicle brand in the world has so far successfully faced down the global COVID-19 Coronavirus, while meeting all the necessary Government measures to protect the lives and health of Czech Republic’s population.

When the Czech Government adopted the first major nationwide security measures, its main motive was not only to safeguard the population but also to keep industrial production running. Within a few days, however, there was a complete shutdown with the declaration of an emergency state and interruption of work in automotive factories in the country. Tatra Trucks had not interrupted its production, running at full capacity at its Kopřivnice plant and no reduction is planned yet. For a good reason: to supply and support the operability of Tatra vehicles to the Integrated Rescue System (IRS)  of the Czech Republic and the Army of the Czech Republic (ACR). At the same time, however, the oldest Czech and Central European manufacturer made a special effort to protect workers from the spread of disease caused by Coronavirus. 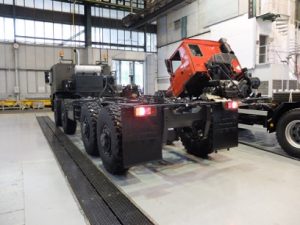 Tatra vehicles form a significant part of fire-fighting rescue units and the Czech Republic’s Army fleet. Its specially built trucks also serve in various designs and specification fulfill their tasks in many fire, rescue, military and special fleets with customers around the world, including superpowers such as Russia, China and the USA. Incidentally, the second largest worldwide user of Tatra heavy trucks is the Indian Army, which has over 7,000 units in operation.