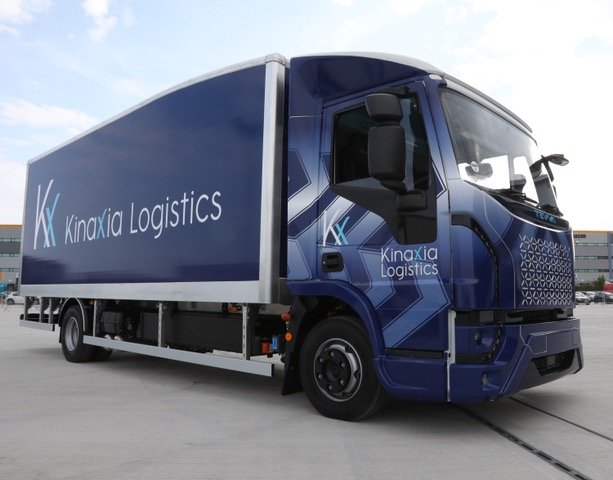 Electric and hydrogen truck OEM Tevva has completed the assembly of its first series production 7.5-tonne battery-electric truck, as the company reached another pivotal milestone in its journey this week.

The vehicle rolled off the Tevva production line in Tilbury, Essex, where it was handed over to Kinaxia Logistics, a leading logistics group operating within the UK transport, warehouse and fulfilment sector. The 7.5-tonne battery-electric truck is the first in a series of commercial vehicles from Tevva, which includes its 7.5-tonne, 12-tonne, and 19-tonne hydrogen-electric trucks. The 19-tonne model will be unveiled at the IAA Transportation show next week in Hannover, Germany.

The 7.5-tonne battery-electric variant offers a range of up to 180 km (110 miles), while Tevva’s 7.5-tonne hydrogen-electric truck has an extended range of up to 440 km (270 miles) due to its dual energy technology. Tevva trucks bring a best-in-class combination of range, safety, driver experience, and total ownership cost while significantly reducing the environmental impact of medium-duty trucks. All Tevva trucks are available in left and right-hand drive and are designed to decarbonise the freight and logistics sectors.

The vehicles have undergone extensive testing. The Tevva 7.5-tonne battery-electric truck most recently completed hot climate testing in Sierra Nevada, Spain, where the vehicle repeatedly climbed to altitudes of more than 2,500 metres whilst fully laden (2.5 tonnes of load). There was no marked drop in performance here, with the truck also undergoing cold weather testing 300 km north of the Arctic circle in Finland earlier in the year. Tevva trucks have accrued nearly half a million kilometres of real-world driving.

Kinaxia Logistics plans to trial Tevva’s first electric vehicle as an element of its overall environmental reduction strategy and will be provided with 24/7 customer support from Tevva. 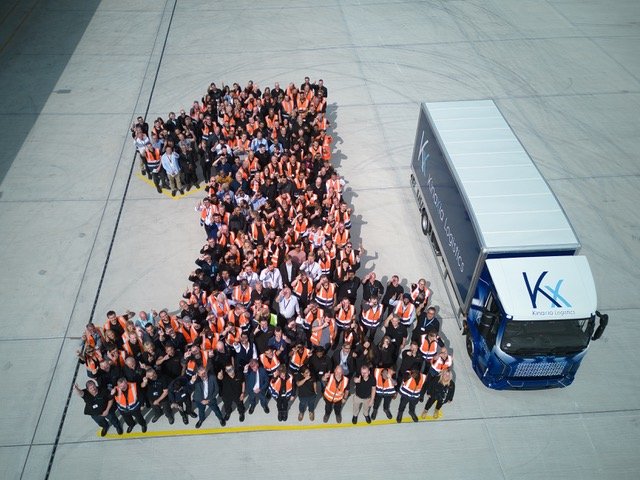