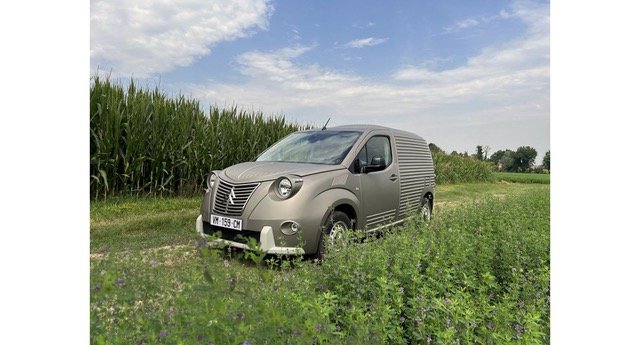 The Citroën Berlingo features a number of exterior style components that pay homage to the legendary 2CV Fourgonnette AU (U for Utility) launched in 1951 which enjoyed a loyal following with its many spin-offs until 1987. The 2CV Berlingo Fourgonnette is a modern reinterpretation of it – one which has all the assets associated with the current Berlingo as far as architecture, loading capacities, modularity, on-board technologies and road performance are concerned.

“We are extremely proud that our best-selling Berlingo has been revisited by Caselani, drawing inspiration from the iconic 2 C V Fourgonnette, which left its mark on both Citroën’s history and that of the automotive sector more widely. Work on designing it got underway in the coachbuilder’s studios. We then worked together, hand-in-hand.  Our own designers kept a close eye on work to ensure that the original 2CV Fourgonnette was not too literally interpreted, but that the result truly had Citroën’s DNA in it. Digital tools with which we are accustomed to working were used to treat the surfaces and scale the volumes, giving the vehicle a modern flavour”, said Pierre Leclercq, Head of Citroën Style.