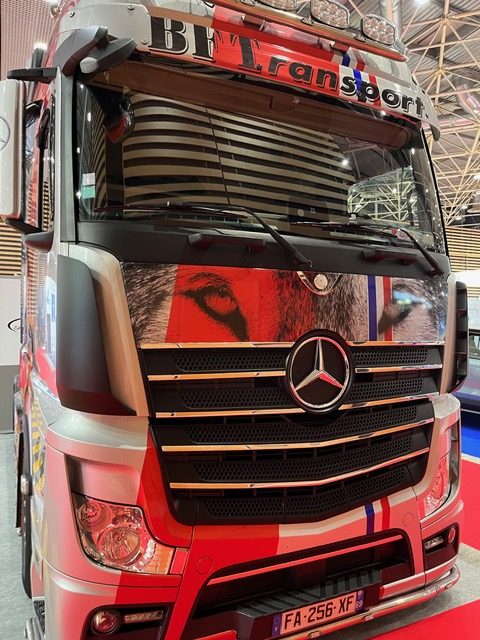 At the EurExpo in Lyon, there were some prime examples of the Mercedes-Benz Actros as the heavy-duty truck range celebrates its 25th anniversary.

First choice amongst many of Ireland’s major commercial fleet operators, it has chalked up numerous technical milestones whilst being a focus of innovation that has seen it set new standards in heavy commercial transport.

Prominent in every market in which Mercedes-Benz operates, Actros has attracted numerous awards internationally. Inventions that have celebrated their premiere in the Actros include the first emergency braking assistance system that reacts independently to obstacles.

Another is Sideguard Assist and an assistance system for semi-automated driving. Currently, series production has begun for the new eActros – yet another innovation that sees the introduction of fully electric drive for heavy-duty distribution haulage.

The second set of photos feature a specially liveried Actros sporting the colours and depicting action from Lou Rugby, the local rugby club playing in the French Top 14 league.