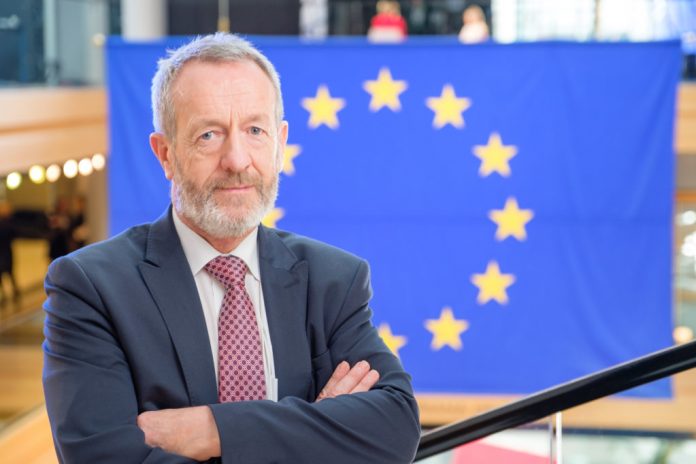 Ireland South Member of the European Parliament Seán Kelly is calling for an update to the Rules of Origin to clearly identify the distribution chains of products on the post-Brexit market, in order to distinguish between products produced in the EU and UK and those mostly made in other countries, like China, as the latter are subject to higher tariffs on re-export to the EU.

‘The distribution chains for retailers, businesses and food exporters are already feeling the effects of the new trading relationship with the UK. The last-minute nature of the deal struck between the EU and the UK means that businesses are forced to enact new procedures in real time, which of course comes at a cost and is causing delays and confusion for many businesses.”

Mr. Kelly’s comments come as many UK exporters struggle to get a handle on the impact of such potential tariffs for re-exporting goods to the EU. The current rules stipulate that only goods that contain a high percentage of parts originating, or have had a large portion of value added, in the EU or the UK can qualify for zero tariffs. Whereas products mostly made in other countries, like China, will incur additional tariffs when re-exported to the EU from the UK. Furthermore, the percentage of production required to take place in the EU or UK for exemption varies depending on the product, resulting in further complications.

“A lot of existing supply chains include distribution hubs that are in Great Britain, this creates complications as EU products may be subject to full tariffs as they are return to the EU market from the UK. It is not just the distribution that is a problem, but what products qualify for non-tariff trade under the free trade agreement which is determined by percentage of a product that can come from outside the EU.”

“This makes it an extremely difficult situation for many businesses, especially small to medium sized firms. We need an updated agreement on Rules of Origin that clearly reflects distribution chains,” said Sean, a Member of the EU Parliament’s Trade Committee.

“We are facing new trading arrangements for the first time in 40 years with a close economic partner. Although delays at ports are to be expected with new requirements for customs declarations as well as regulatory checks on products of animal origin, it is clear that some delays can be mitigated if all actors in the supply chain work together and allocate clear roles and responsibilities to ensure that the correct declarations are present.”

“This clearly will put extra pressures on Irish businesses, so there needs to be continued engagement with the European Commission and the British Government to find a solution that reflects the realities on the ground and can ease the transition for everyone,” he added.