Having held a protest last week, the Private Small Bus Operators (PSBO) of Ireland propose to take to the streets in the coming weeks to highlight the plight small operators are experiencing relating to the COVID-19 crisis. They have also launched a Petition to get support for bus operators.

Having not turned a wheel or opened a door since 12 March, small to medium bus operators are expected to finance CVRT testing and continue to undertake all safety checks to prepare for the re-opening of schools at the end of August, with little Government support, according to PSBO spokesperson Brian Clarke.

He said that a campaign to lobby TD’s is proving positive and meetings with Government Departments and Agencies are being scheduled. A Petition (see link details below) has been launched to gain support from the industry. While the future looks bleak, Brian Clarke from Silverlining Coach Hire stated the members of the newly formed organisation are grateful for the support received from Bus Eireann and John Dunne at FOTO (Federation of Transport Operators) in terms of part payment of the school contracts. “Some were lucky but others received no support at all,” he said. When the schools return later in August operators will have additional costs in terms of sanitisers and signage for buses, financial help will be required here.

Following a successful protest last week in Dublin City Centre, a second one is planned, details will be available later.

For those wishing to sign the Petition, it can be accessed here: 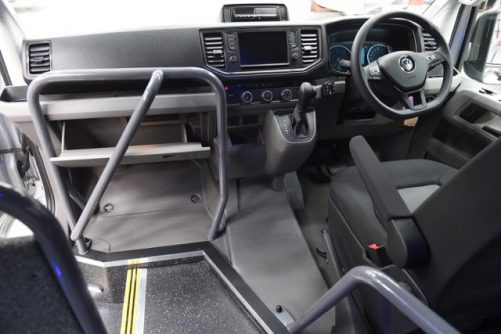