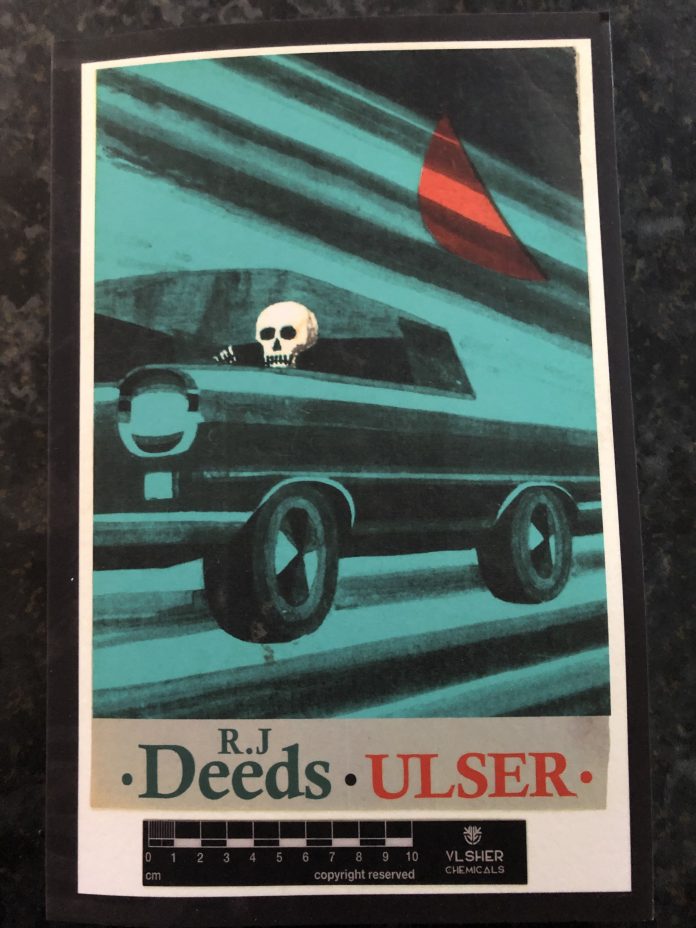 As an introduction to the new 300 page paperback, Ray outlines the story line: An out-of-control employee, nicknamed Ulser, causes major disruption to the operations of Eirtran, a warehousing and distribution company. Ted Black, the new manager, cannot control him. Ted’s family and home is attacked and destroyed, and he suspects Ulser is behind it. Ted’s health declines rapidly as the Industrial Relations machinery spectacularly fails to help him.

Ted eventually decides he has nothing to lose by taking matters into his own hands, kidnapping Ulser and doling out what he views as the appropriate punishment for Ulser’s misdemeanours. The realisation of what he has done haunts Ted and he spirals to the depths of despair. Late in the story, it becomes clear that all that went before may not have been what it seemed. Ted and Ulser are re-united in one final scene, when circumstances for both have utterly changed.

While the book has a dark theme, there are large doses of Dublin humour to lighten the tone and to take a breather from the relentless action. Dublin itself is one of the stars of the book and many of the place references around the city will resonate Dubliners.

While Dicken’s and Marx wrote about the downtrodden “worker”, RJ wanted to show that Employee Legislation certainly did not extend to managers, who just had to “suck it up” from poor performers.

RJ hopes Ulser may provide food for thought – and a vehicle for discussion – for the movers and shakers (i.e. managers, supervisors, team leaders, union officials, employment legislators and employers.) RJ believes that a wider audience will just enjoy it for the psychological thriller that it is.