Home Breaking News Talks off, however Renault – FIAT merger would have made good Commercial... 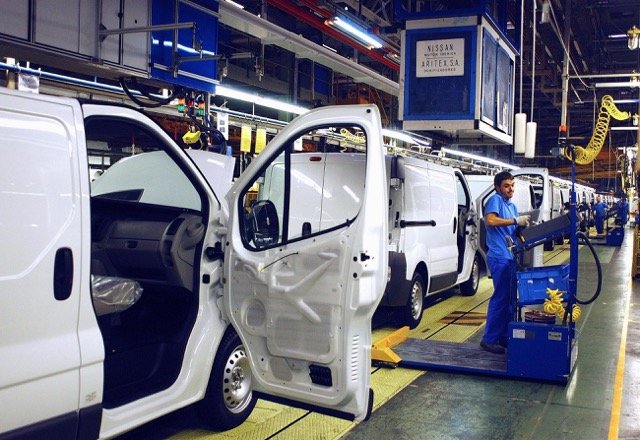 With the news today that the planned merger between Groupe Renault and FIAT Chrysler Automobiles (FCA) have broken down it remains to be seen whether a co-operation between the two motoring giants can be resurrected. From a commercial vehicle point of view, it would certainly make sense.

It’s all about numbers. Mass production meets increased efficiencies equals more profit. That was the bones of the proposed €35 billion merger.

Ever since the days of Henry Ford when he created the assembly line around 100 years ago, automakers have always looked at ways to cut costs and maximise profit. Manufacturers have over recent decades looked to collaborations, mergers and alignments to lower costs of production, especially when it comes to light commercial vehicles. Today, practically all commercial producers are tied in with some co-engineering projects, the most recently being the coming together of Volkswagen and Ford.

One of the longest and strongest partnerships in that sector is with FIAT and Groupe PSA which co-shared design and production of medium and large vans. This business arrangement is about to crumble as Groupe PSA acquired Opel/Vauxhall to join its Peugeot and Citroën brands and also has ties with Toyota which will further strengthen in the future. FIAT relied on this arrangement with the production of the Ducato large van, which was also badge engineered for the Peugeot Boxer and Citroën Relay. A recent announcement that Groupe PSA is going to produce its own large van in Poland will put paid to any further collaboration with Italy. This leaves FIAT in a pickle as production numbers at its Sevel plant will not make enough commercial sense, particularly as 60% of its Ducato sales are dedicated to motorhomes and campervans. The medium sized van agreement between Groupe PSA and FIAT ended in recent years, making way for Toyota to fill the gap with the production of the Proace alongside the Peugeot Expert and Citroën Dispatch. FIAT discontinued the Scudo at that time and forged its initial links with Renault to produce the Talento in the one-tonne weight category as a stopgap measure.

Then there’s the small van segment, again FIAT is in a situation here as its Doblò is aging and sales numbers are dropping fast. The same body shell was used by Opel for the previous generation Combo, but with the takeover by Groupe PSA, Opel (& Vauxhall) opened new options and the new Combo is a take on the Peugeot Partner/Citroën Berlingo.

So FIAT Professional’s parent FCA is looking to make up lost ground by teaming up big time with Renault and help bear the cost of new platform and connectivity developments, which run into hundreds of millions (Euro) and takes years to pay back, if ever. Groupe Renault may relish the opportunity as it too is on the back foot due to the larger Groupe PSA family as it produced the Vivano and Movano medium and large van variants (based on the Trafic & Master) for General Motors Europe (Opel/Vauxhall) for decades and that is all about to change as the next generation models arrive. Renault needs more volume for its Trafic production and this can be filled by current Alliance partner Nissan with the NV300 and FIAT (Talento) and welcomes newcomer Mitsubishi with its as yet unnamed medium van that will enter certain continental markets.

Similarly, the next generation Renault Kangoo is currently under development and again Nissan will oblige with numbers of its NV250 versions and maybe FIAT Professional with the next Doblò.  This leaves the best selling Renault Master which, like the Kangoo is available in electric Z.E. (Zero Emission) form. Variants of the standard van and chassis are badge engineered for Opel/Vauxhall and of course Nissan, but the French brand is losing the Opel/Vauxhall supply deal when its owners Groupe PSA develop and produce its own version.

Stephane Gigot, FIAT Professional’s boss stated recently that the next Doblò Cargo will have a wider selection of body platform/chassis in its next generation from Compact to Medium sized van, therefore subsuming the current Fiorino and Compact (city van) and Talento (medium), but that plan could change post merger which in turn could spell trouble for its big manufacturing plant in Bursa, Turkey.

Finally, the synergies could also bring dividends to the emerging Pick-up truck segment as it is with Nissan and Mitsubishi that leads the charge with their Navara and L200 respectively. To date Nissan supplies its technology and body shell to Renault (wearing the Alaskan badge) and also Mercedes-Benz which markets its version (with some modifications) as the X-Class. Consequently, Mitsubishi had a customer in FIAT Professional as the Italian marque sold the L200 as the Fullback, but it has been confirmed that when the new L200 comes to Europe this Summer, FIAT won’t be getting it, so the Fullback could be heading into early retirement – or maybe not if the Renault-FIAT (FCA) merger goes ahead, as it could wear a Navara body shell underneath, which would help elevate the new partnership to one of the biggest global automotive producers.