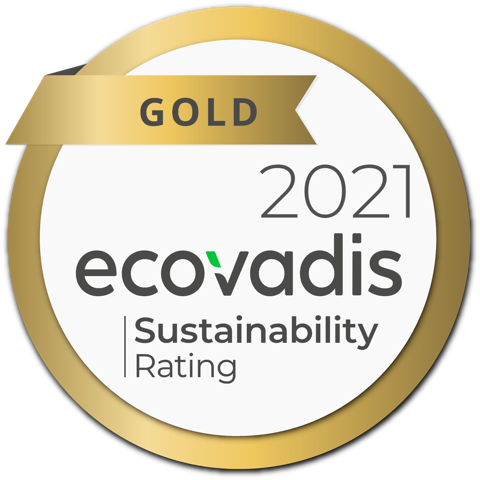 Renault Trucks’ commitment to Corporate Social Responsibility (CSR) has once again been awarded a Gold rating by the independent Ecovadis body for the third consecutive year, which places the French manufacturer in the top 5% of the top-performing companies globally.

Ecovadis evaluated 75,000 international companies according to 21 criteria divided into four categories: Labour & Human Rights, Sustainable Procurement, the Environment and Business Ethics.  While numerous initiatives undertaken by Renault Trucks contributed to its success in this audit, it performed particularly well in the latter two categories, namely the Environment and Business Ethics.

Reducing CO2 emissions forms the core of Renault Trucks’ actions, both in terms of its facilities and the energy efficiency of the vehicles it produces:

Renault Trucks produces a series range of all-electric, CO2-neutral trucks at its Normandy plant in Blainville-sur-Orne.

And to limit the greenhouse gas emissions of its sites, Renault Trucks conducts energy audits, implements action plans and has recruited an energy optimisation engineer within its property department.

To support the circular economy, Renault Trucks is developing its own integrated chain for the recycling and reuse of HGV parts. This commitment is also recognised by the Ecovadis rating.

Renault Trucks conducts its business with integrity, respecting international regulations and the Code of Conduct of the Volvo Group to which it belongs. The company has set up regular, mandatory training courses on this Code and on anti-corruption. In addition, corruption risks have been mapped and mitigated through action plans.

Last but not least, in order to raise awareness and limit the risks of hacking and data leakage, Renault Trucks organises regular training sessions on cyber security and data protection.

The initiatives pursued and the progress made have enabled Renault Trucks to achieve a score of 68/100. The French manufacturer is in the top 5% of companies assessed. 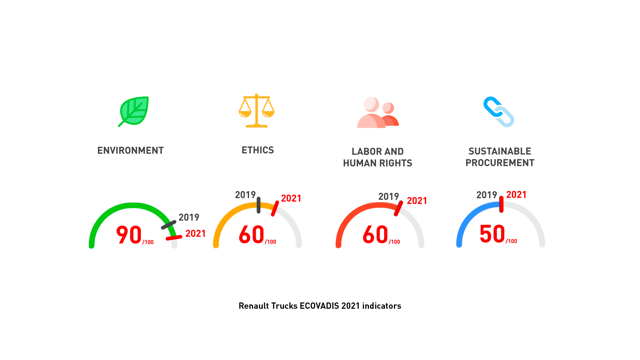