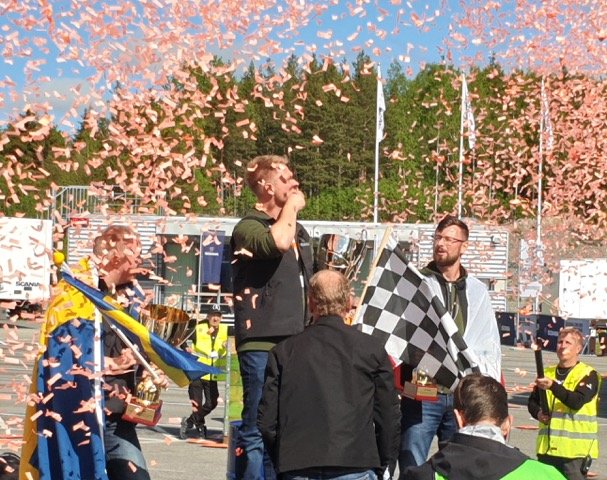 Over 2,000 competitors from all over Europe took on the challenge to be the Scania Best Truck Driver for 2019. National finals were held in thirty countries with each winner going forward to the Grand Final at the Swedish Truck & Bus headquarters in Södertälje last weekend.

After two days of intense competition Andreas Nordsjo from Norway was crowned Europe’s number one. After parking his Scania truck after the final run, an emotional Andreas ran straight to his fiancée in the grand stand for a big stress relieving hug. 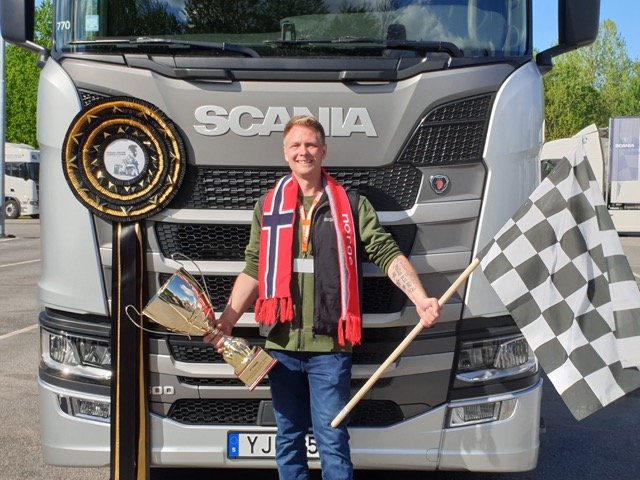 Scania’s President & CEO, Henrik Henriksson was on hand to present the golden key to the deserved overall winner. The presentation took place immediately after the final three drivers had a winner takes all ‘drive-off’ in front of a packed grandstand. Andreas finished ahead of Fredrik Arwidmark from Sweden with Pjotr Dovengiewics from Poland finishing third.

Along with the honour of being crowned the Scania Best Driver in Europe, Andreas collected the keys of a new Scania tractor-unit valued at €100,000, delivered together with 1 years insurance, along with Scania’s Fleet Management system (FMS).

During the final at the Scania Demonstration Centre, 30 drivers were tested in eight areas of knowledge and skill. A road test in a Scania S500 tractor-unit and trailer had judges looking at fuel economy and a good attitude towards fellow road users and the environment. Drivers were then tested in cargo securing, precision driving ‘Knock the King’, off-road driving, vehicle check,water challenge and first aid. Along with these challenges, a new test was used this year called ‘Birdview precise driving’. In this test all the windows were blacked out with the driver having to navigate the vehicle through a course of obstacles using a screen on the dash.

Tand Transport Ltd driver Niall Cashin, the winner of Ireland’s Scania Drivers Competition, did not reach the knockout stages of the competition but said after the event that it was a fantastic experience and one he will never forget. Eamon Murtagh