Home Editorial Seriously thinking of a career in road haulage? 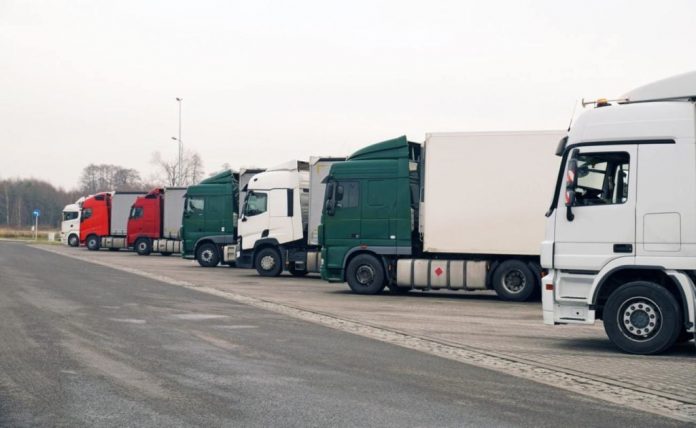 The fact that the existing shortage of drivers is not confined to the Republic of Ireland has meant that a great deal has been written offering a wide variety of explanations. However varied these explanations may be, the fact is that young people no longer find the work attractive. The situation has become serious enough that the Irish Road Haulage Association (IRHA) is trying to persuade the Government to increase the quota of foreign, but non-European, drivers into this country. Despite occasional rumours to the contrary this is a well-paid job that ought to be attractive, particularly as you do not require a degree.

Th ere was an age when the life of a long-distance truck driver had a romantic tinge about it. Once the driver had left his depot, he would be his own boss, with the comparative freedom of the open road. At that time possibly you might have called that way of life romantic, but not today. Now the hapless driver is at the centre of a web of communication systems. All designed to ensure that the driver cannot escape his employer’s control. He will have at least one mobile phone (which must not be used while driving). He will have equipment to receive, and possibly print out, text which he must not read while driving. And he will have a ‘Sat-Nav’ to ensure that he always reaches his destination.

At long last, in June 2018, the IRHA, in conjunction with the Waterford and Wexford Training Board, offered a Professional HGV Training programme, a course of 29 weeks. A course of some twenty modules which, when completed, will give the participant a City & Guilds ‘Accredited Professional Training Programme’ Certificate. The course covers every aspect of a driver’s life, from load security to Fork Lift Truck operation and should be an impressive qualification. The IRHA is trying to get this scheme available in other parts of the country as there can be no doubt but that the lack of apprenticeships is one of the reasons for the shortage of drivers.

Th e two reasons most frequently advanced for the driver shortage are firstly the need to work anti-social hours, and secondly, and perhaps slightly surprisingly, the lack of basic toilet facilities. These problems will probably lessen as the driver gets older, but the need to work anti-social hours is likely to be a significant factor in the life of a younger driver -depending upon the amount of pressure he receives from his friends when he is unable to attend a social function, or to be at a pub at a certain hour. Until the professional status of an HGV driver is generally recognised, with the responsibility that goes with the role, nothing is likely to change.

There is, however, some more positive news. The European Commission (EC) has clearly stated that, in its view, an efficient and effective transport system is essential to the success of the EC. This means that, in the mind of the EC, there will always be a need for HGV drivers even if the numbers required vary. Drivers with professional qualifications, such as the City & Guild certificate, should never be out of work.