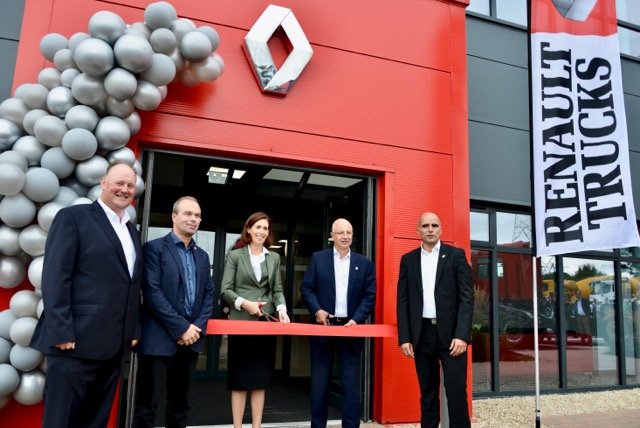 The new state-of-the-art premises has Renault Trucks as the anchor commercial vehicle brand, with sales, service and CVRT facilities on site. 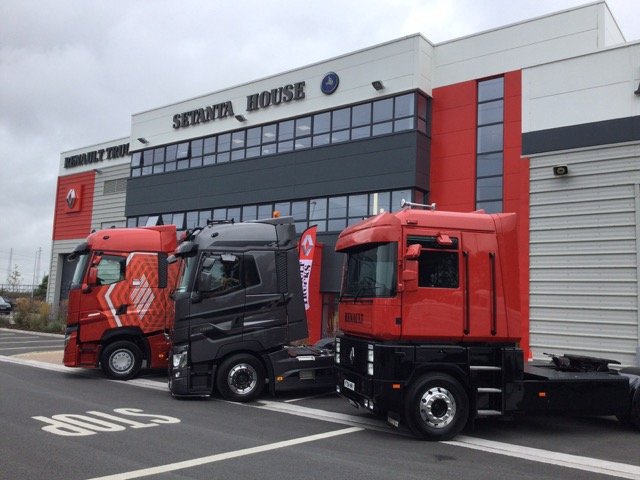 Invited guests were joined by Renault Trucks dealers for the special occasion and availed of a tour of the building and undertake a ride and drive experience in the newly launched Renault Range D Z.E. electric trucks and Master Red Edition Z.E zero-emission vans. Premiered on the day was the new Renault Range T High Evolution, which was shipped over direct from the factory in France.

The Setanta Group began operations in 2007 with the purchase of the Renault Trucks Ireland operations from Glencullen Commercials, which had both the car and truck franchises at that time.

The business was relocated from its then Naas Road Dublin site to a converted cold store type facility on the Long Mile Road, which is still the operational base of Setanta Vehicle Sales South today.

Mr. Blin in congratulating Harry Nash and his management team on creating this landmark facility, complimented the excellent design and high build quality and said that it set the standard for the brand’s dealerships around Europe. “This new Renault Trucks Headquarters for Ireland is of a very high standard, which stands-out and great for the brand and ultimately beneficial for the customer in service excellence. We look forward to celebrating our 15 year partnership with Setanta Vehicle Sales in 2022.”

One of the turning points to the success of the company was the total replacement of the Renault Trucks offering, according to Harry: “In 2014, Renault Trucks introduced a whole new model line-up, the Range T, C, K & D and this helped consolidate our market position in the Republic of Ireland at a consistent 10%. Workshop capacity began to be a problem and the decision was made to acquire and develop an additional new site in North Dublin. In March 2020, the doors opened to a new state-of-the-art facility in Ballycoolin, and I am pleased to say it is running at near full capacity already.” 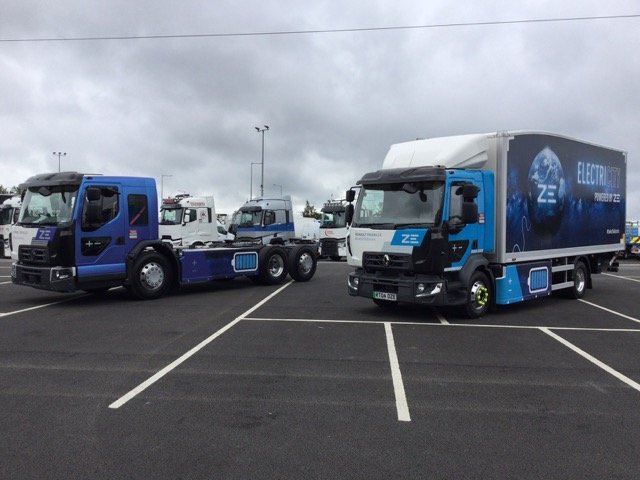