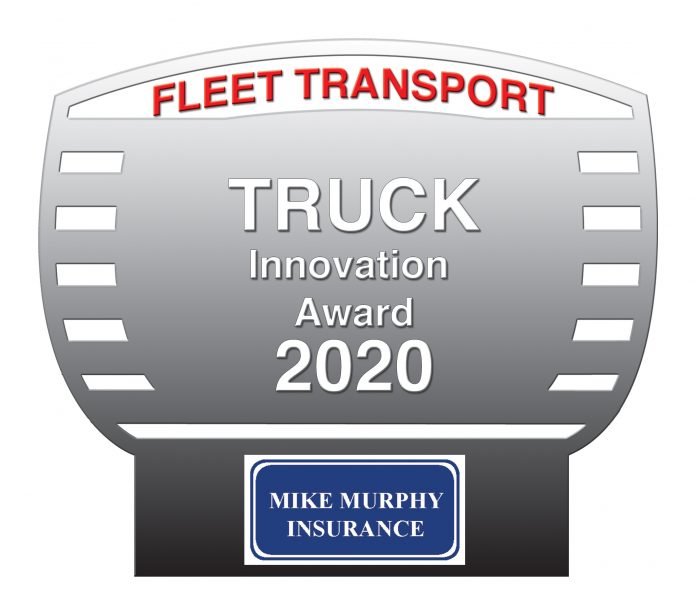 A number of truck manufacturers have been recognised for their consistent research and development in technology and feature as finalists for the Fleet Transport Truck Innovation Award 2020. From Mercedes-Benz is the latest in all-round visibility with its new MirrorCam, while MAN has been acknowledged for its new D15 engine development. Volvo Trucks continues to invest in its driveline to reduce operational and running costs and has been shortlisted for its I-Save which saves on fuel for long distance operations. Further details on the finalists are as follows: 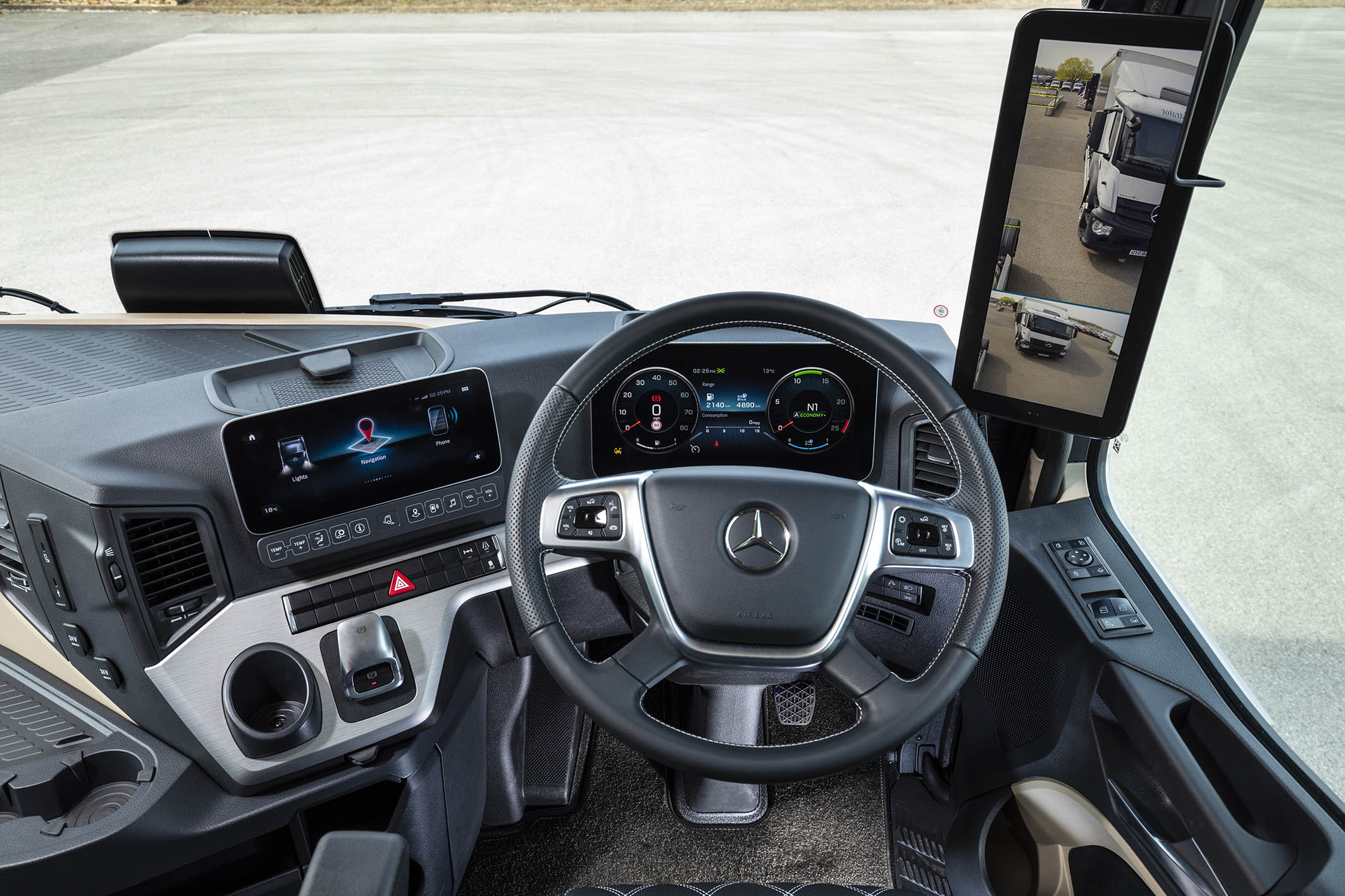 The new Mercedes-Benz Actros is the first series production truck in the world to be equipped with the new MirrorCam. Instead of the usual main and wide-angle mirrors, this system works with digital cameras and displays. The cameras are secured on the right and left on the roof frame. The images from the camera are transmitted directly to two displays which are mounted on the A-pillars in the cab. A side effect that increases safety: the driver also has an unhindered view at an angle past the A-pillars thus increasing the driver’s field of vision. 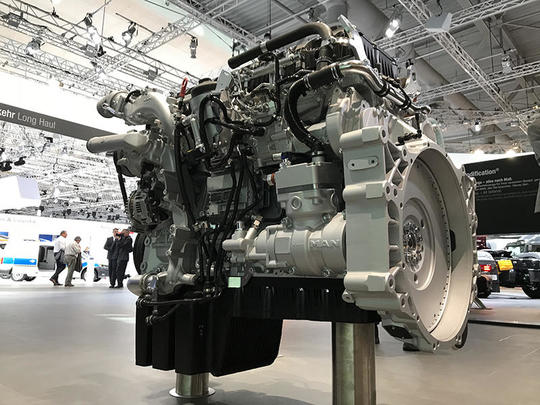 At the Bauma trade show, MAN exhibited its new 9-litre-displacement D15 diesel engine. This straight-six power unit delivers between 205 & 324 kW (275 & 434 hp) and the highest power variant achieves a maximum torque of 1,970 Nm at speeds between 1,150 rpm and 1,300 rpm. Even at low speeds, the MAN D15 delivers high torque. And with a dry weight of just 860 kg, it is the lightest off-road engine in its displacement class. “With the D15, the MAN Engines engineers have succeeded in developing an engine with a high power-to-weight ratio and compactness that is perfectly suited to the requirements of off-road applications. In addition, as the first 9-litre engine from MAN Engines, it completes our engine portfolio for construction machinery and closes the gap in our range between the well-established MAN D0836 range with 6.9-litre displacement and the D2676 with 12.4-litre displacement,” explained Hubert Gossner, at MAN Engines. 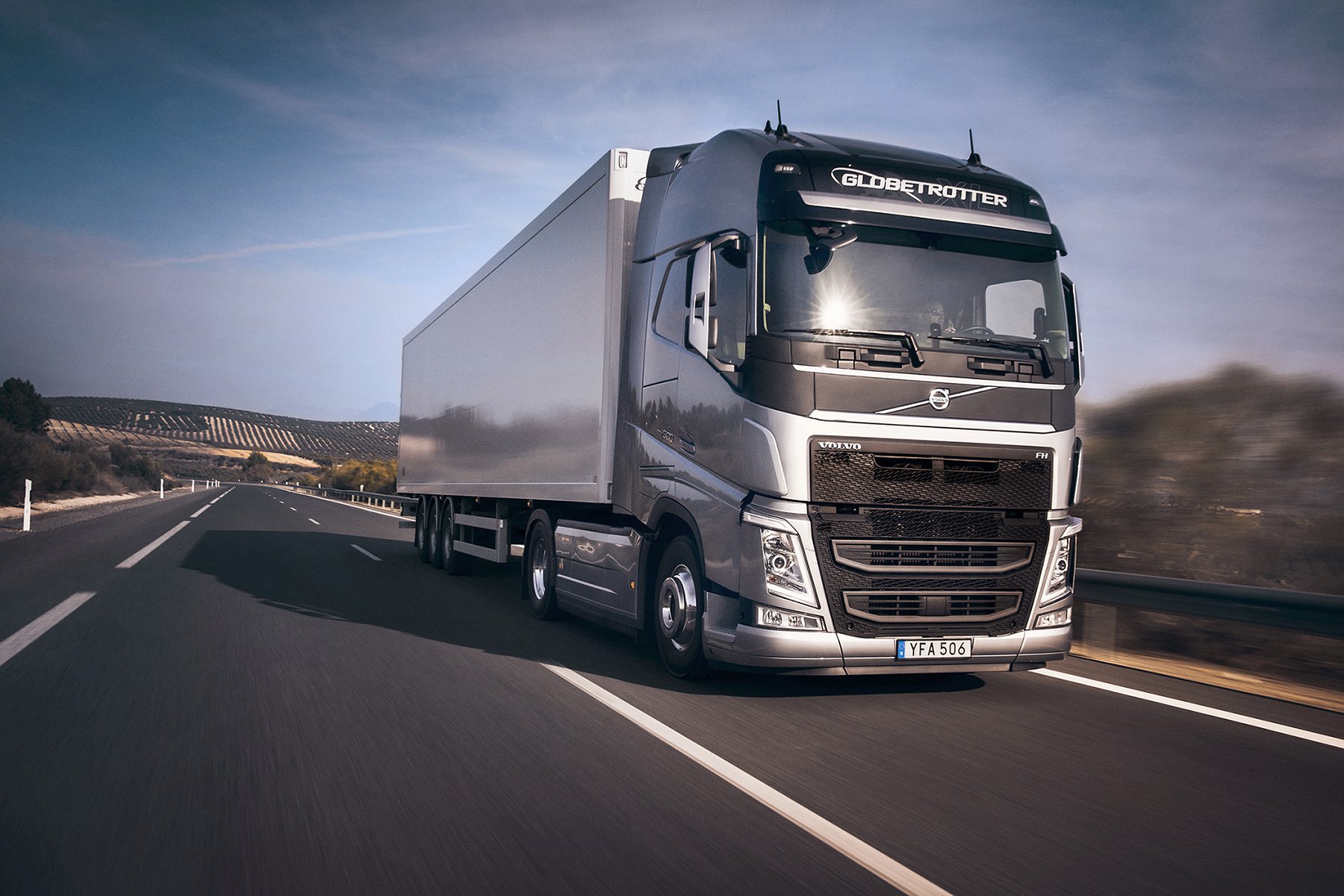 Volvo Trucks has come up with a solution to bring down fuel consumption in long haul operations – without compromising on driveability.

By combining the highly efficient D13TC engine and fuel-saving features, like map-based I-See, Volvo FH with I-Save cuts fuel costs by up to 7% in long haul operations.

The announcement and presentation of the Fleet Transport Trailer Innovation Award will be made at the 13th Annual Fleet Transport Awards Gala Banquet on 10 October at the Citywest Hotel, Dublin.