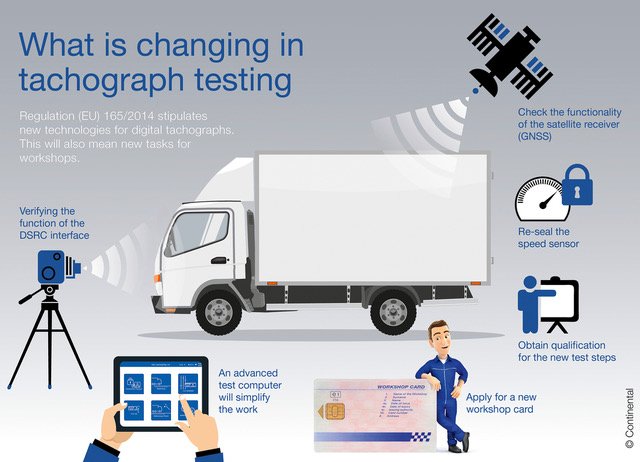 In the coming months many workshops will have to perform a periodic inspection (for the first time) as extended according to the Annex 1C legislation.  In the summer of 2019, vehicle workshops began applying the extended test procedure for the new generation of smart tachographs, as required by EU Regulations 165/2014 and 2018/502. The DTCO tachograph was calibrated accordingly in new vehicles. However, the first vehicles with smart tachographs that are due for mandatory two-year periodic inspection and maintenance will start coming to workshops only now. This will open up new opportunities for them, and with the help of digital equipment they will be able to limit the greater complexity and manage the test procedure successfully. Against this background, technology company Continental is calling the attention of commercial vehicle workshops to changes in the testing of smart tachographs as compared to devices of earlier generations. At the same time, it is reminding them of the coming extension of mandatory testing to new vehicle classes and the phased introduction of the next DTCO generation, including mandatory retrofitting, starting in 2023.

Smart tachographs have new interfaces, and workshops will have to be able to test them. Besides performing familiar tasks like checking the integrity of the KITAS seal and testing the tachograph’s memory functions, they will now have to test the DSRC interface and satellite reception. The test personnel will have to demonstrate that they have the technical prerequisites for activating, testing, installing and later inspecting smart tachographs. In addition, workshops that perform these tests will need a workshop card of the second generation. Continental advises workshops to update their equipment and knowledge and make sure that their technicians are trained and certified for the new generation. 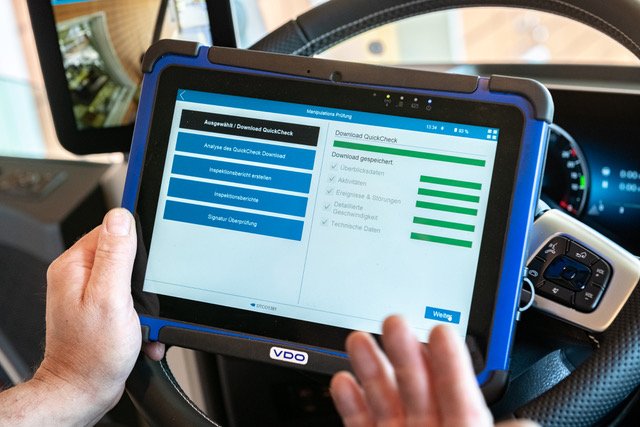