At a special ceremony at the Aviva Stadium in Dublin, the Citroën e-Dispatch/Opel Vivaro-e/Peugeot e-Expert, an electrified joint collaboration of the three Stellantis owned companies, has been voted Continental Tyres Irish Van of the Year for 2022.

The award is voted by a jury of Ireland’s most experienced light commercial vehicle journalists and was announced at the 2022 Irish Car and Van of the Year awards event, hosted by Newstalk radio’s business editor Vincent Wall.

Electric Vehicles were very much to the fore at the awards event as, in addition to electric models taking the main trophy in the Van of the Year contest, the full electric Kia EV6 won the top award in the Irish Car of the Year 2022 competition. 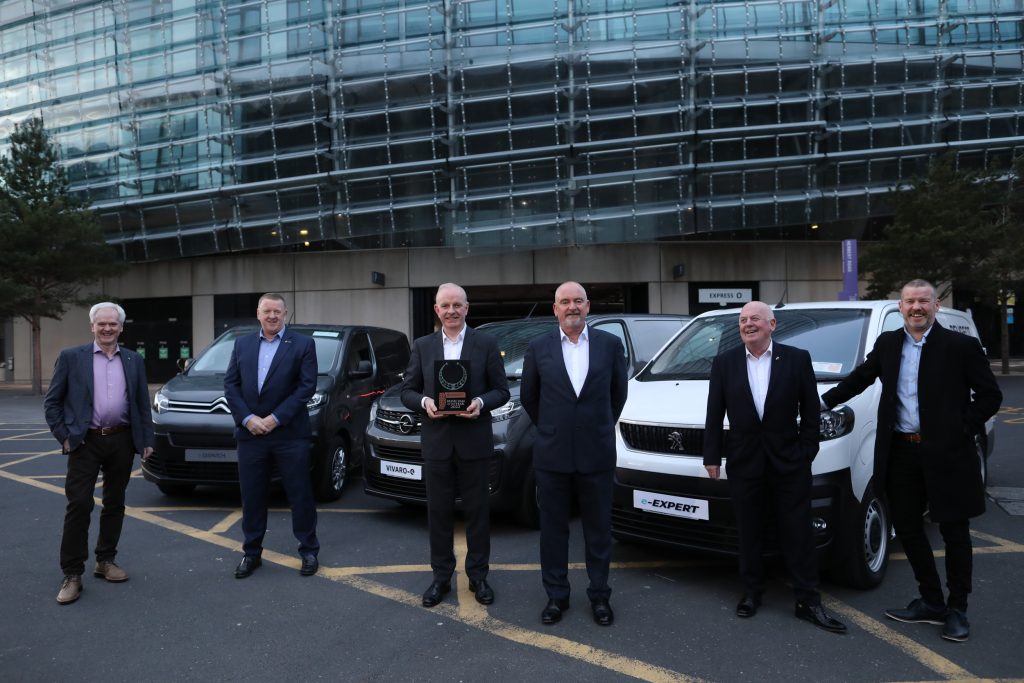 Pictured at the presentation of the award with the winning vans were (l to r): Colin Sheridan, MD of Citroën Ireland; James Brooks, MD of Opel Ireland; Tom Dennigan of awards sponsor Continental Tyres; Cathal Doyle and Anthony Conlon, Joint Chairmen of the Irish Car and Van of the Year Committee; and Stephen McGrath, Head of Product and Pricing with Peugeot and DS Automobiles.