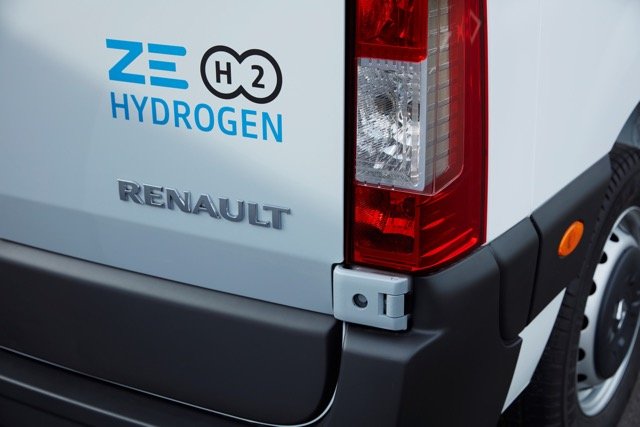 On 22 October, the Renault Group announced the launch of the KANGOO Z.E. Hydrogen for the end of 2019, and the MASTER Z.E. Hydrogen for 2020. Symbio, a subsidiary of the Michelin Group and at the core of a joint venture currently being founded with Faurecia, is to equip these two electric battery-powered models with a hydrogen range-extender. This double-recharge solution allows fleet managers to optimise their operations and manage their total cost of ownership (TCO).

The product of a long-term partnership between the Renault Group and Symbio, the pending launches of the KANGOO Z.E. Hydrogen (end of 2019) and MASTER Z.E.Hydrogen (during 2020) are the fruits of a ten-year project. “Our teams have been working since 2014,” explained Fabio Ferrari, Symbio’s CEO, at the press event in Paris, attended by Fleet Transport magazine.

Battery + hydrogen = a zero-emissions solution perfectly tailored for use by professional vehicles.

These vehicles are equipped with a hydrogen system based on the Symbio StackPack S, the range-extender designed around a 5 kW hydrogen fuel cell. Featuring a 33 kWh battery, its all-season capabilities allow the vehicles to reach true ranges of 370 km* (KANGOO Z.E.Hydrogen) and 350 km* (MASTER Z.E. Hydrogen). Complementing the traditional electrical terminal recharging method, these vehicles can be refuelled with hydrogen in just a few minutes. “With this double-recharge option, fleet managers can optimise their operations by making the most of a very competitive electrical recharge and a very flexible hydrogen recharge,” added Fabio.

Symbio, on the road to large-scale production. The arrival of these two models in Renault’s European distribution network means that, going forward, they can be bought, maintained and used like any other utility vehicle. “These are essential prerequisites for the mass conversion of fleets, in line with our aim of ramping up production and reducing costs,” noted Fabio. Symbio aims to reach production levels of 200,000 StackPacks per year in 2030.

Brittany Ferries to offer year round service to Spain