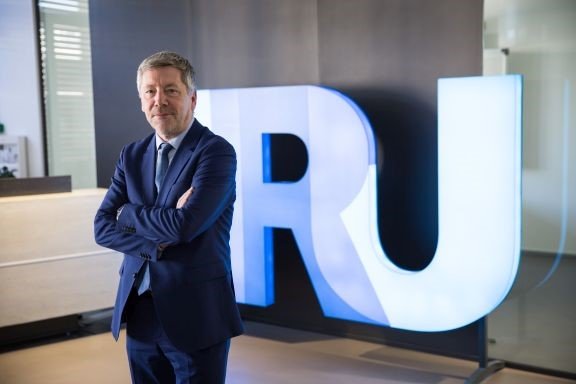 *Highlight topic of transport logistic in Munich, June 4 to 7, 2019

According to Eurostat, road freight is by far the most important mode of transport in the EU, accounting for more than 75 percent of the total. At 71.8 percent, Germany is almost at the same level, but the shortage of drivers has become a threat to supply reliability. In addition, there are threats of cost increases due to new climate protection requirements. The new Silk Road and the Mobility Pact provide opportunities.

The EU countries have decided that the carbon dioxide emissions of commercial vehicles should decrease by 30 percent by 2030 compared to 2019. An interim target of 15 percent is to be achieved by 2025. If the targets are missed, there is a risk of fines which, according to the German Automobile Association the VDA, could threaten the existence of vehicle manufacturers, especially since the targets might only be achieved by half. For fleet operators, the EU requirements will in any case result in significantly higher acquisition costs.

In this context, the World Road Transport Association IRU noted that “the largest share of road transport emissions is accounted for not by commercial road transport but by the use of private vehicles,” according to IRU President Christian Labrot.

Compared to the shortage of drivers, however, EU policy is only a side issue. “Currently, 21 percent of all jobs in freight transport alone are vacant,” Stefan Rummel, Managing Director of Messe München, emphasized. For this reason, the shortage of drivers will also play an important role in the conference programme of transport logistic event in Munich, June 4 to 7, 2019. Five discussion forums are devoted to the pressing issue alone. IRU has launched a “Tackling Driver Shortage in Europe” campaign to raise public awareness of the importance of this issue and to provide solutions and attract new talent to the sector. “The least used talent pools are young people and women. The challenge is to recruit these types of candidates while keeping experienced drivers at work,” IRU President Christian Labrot summarized.

Market investigations by the Federal Association of Freight Road Transport Logistics and Disposal BGL have shown that the shortage of drivers could be alleviated with an improved image of the profession and increased appreciation, i.e., pay levels. “Likewise, industrial and, above all, commercial companies must implement improvements in the organization of their loading and unloading ramps in their own best interests,” BGL Executive Board Spokesperson Prof. Dr. Dirk Engelhardt stressed. The problems begin “with unpredictably long waiting times to time-consuming and cost-intensive problems when exchanging pallets as well as sometimes unacceptable hygienic conditions and in no way end with pronounced improper manners and behaviour.” In addition, the lack of parking spaces, which has also existed for years, would have to be tackled more intensively—not the least for safety reasons.

Discussions about autonomous driving have made it even more difficult to recruit young drivers. However, Prof. Engelhardt believes that the fears that drivers will become unnecessary in the future are unfounded: “The autopilot did not replace humans in aircraft cockpits either. This will not be any different with trucks.” Truck drivers are not only driving, but they are also the companion of the goods entrusted to them, responsible for the handover to the recipient as well as for transport and load securing. “And finally, only a person is able to intervene in events unforeseen by technology.” The IRU also sees increasing automation as no threat to the profession of drivers: “However, there will be more driver assistance systems in trucks, and so the tasks of drivers will change. The profession could thus develop more into a technology-based logistics manager role and consequently become more attractive for tech-savvy millennials,” President Labrot predicts.

The EU Mobility Pact, which the BGL expressly welcomes, should also provide momentum in the search for drivers. The planned obligation for truck drivers to return to their families and the obligation for internationally used trucks to return to their country of registration after four weeks at the latest has been assessed particularly positively. The BGL sees a further success in the inclusion of the proposed driving time pay surcharge by a maximum of two hours for truck drivers who are on their way home on the weekend. This would allow many drivers to spend the weekend with their families even in the event of unforeseeable delays—unless they are away from home on the new Silk Road.

In the future, the “Belt and Road Initiative” will provide new trade and transport opportunities across Eurasia, which could also benefit road freight transport. The new Silk Road will contribute to a significant increase in transport volumes between Europe and China. “However, this will have no impact on the global Modal Split. Maritime transport will continue to transport 80 percent of goods,” President Labrot stated. However, new inland transport routes are emerging in Eurasia that take account of changes in regional trade and transport patterns. According to President Labrot, “there could be a slight regional shift from rail to the more flexible and efficient mode of road transport.”