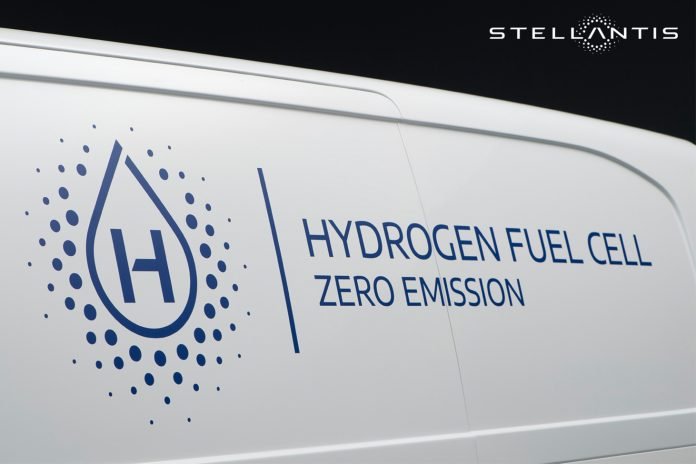 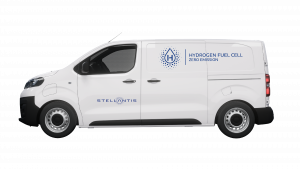 The high-tech H2 & BEV powered vans will initially be available in left-hand drive from within the award-winning Peugeot e-Expert, Citroen e-Dispatch and Opel Vivaro-e. These new zero-emission vehicles follow on from the selection of electric powered vans from both PSA and Fiat Professional, launched recently. Other makes and models within the broad Stellantis van family will benefit from these development in due course. By the end of 2021, Stellantis will have 35 zero-emission car and commercial models for customer to choose from.

Xavier Peugeot, who heads up PSA’s light commercial vehicle division is very pleased with the order take-up for its new mid-sized electric vans with over 7,500 units sold from the recent International Van of the Year 2021 winning quattro offering from its Peugeot, Citroen, Opel and Vauxhall brands.

For this Hydrogen Fuel Cell development, Stellantis engineers led by the Opel R&D division in Russelsheim, Germany, in collaboration with H2 specialists Faurecia and Symbio, is introducing a ‘mid-power’ system in that a 45kW/60bhp fuel cell stack is fitted under the bonnet, which is fuelled by three hydrogen tanks, mounted under the load floor. To complete the dual system, a 10.5 kWh battery pack is positioned under the seats that can be recharged. Combined, up to 400km can be achieved, through regeneration and deceleration. Its major advantage is that it only takes 3 minutes to refill the 4.4kg H2 tanks. There is no compromise in the load volume or weight capacity. Payload is up to 1.1 tonnes. From the 121bhp electric motor, up to 50kms in range distance is on tap alone.

H2 technical training for production engineers is under way at Opel’s Special Vehicle Department and orders are being accepted shortly for delivery next December. As France and Germany lead the way in terms of hydrogen refilling stations, these countries will be targeted and served first with PSA van variants initially and then followed by its people carrier types. Fiat Professional and Vauxhall variants are likely to be on sale once the second generation comes around. And maybe also Toyota, which it supplies vans to, in due course.

Stellantis, through its Opel brand has over two decades of hydrogen fuel cell technology and the cost factor will focus primarily on Total Cost of ownership, which continue to reduce as volumes increase.

Xavier is confident that its H2 & PHEV technology will attract new customers, those that seek extended kilometres from an electric, zero-emission vehicle. “Hydrogen fuel cell is the central element of a fossil-free mobility future,” he said. 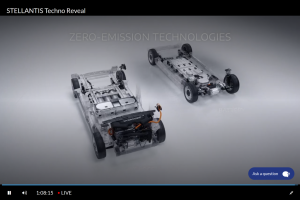