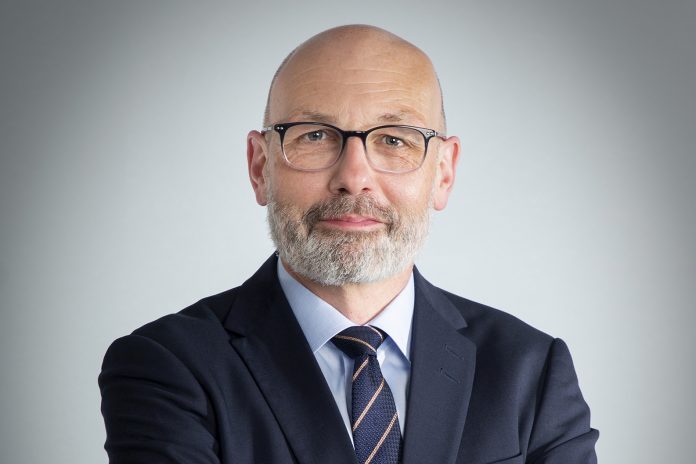 During the first meeting of its new term, Terry Sweeney, Chief Operations Officer at SEABRIDGE, was elected by IIFA Council as the new President of Irish International Freight Association. Terry was nominated by outgoing IIFA President Bob Rainsford of Forward Direct Ltd, who had served as IIFA President for three terms across 2018 – 2021, a period marked by increasing pressure on the Irish Freight Forwarding and Customs Brokerage industries as they prepared for and finally entered BREXIT.

Terry has over 20 years’ experience in Logistics and Supply Chain working at Senior Management level in both privately owned Irish companies and for a UK Plc. He has a detailed knowledge of all Transport modes having worked in International Logistics, Deep-Sea, Airfreight, Warehousing and Distribution. Terry completed an MBA in 2016 at Smurfit Business School, UCD Dublin, holds a BSc. (Management) from Trinity College Dublin and National Diplomas in International Trade and Marketing, and Management Services from DIT (now TU Dublin).

Within IIFA, Terry has served on IIFA Council for several years, having previously held positions of IIFA Honorary Treasurer and most recently as Honorary Secretary and was an active member of IIFA Council when the Association hosted the 2016 FIATA World Congress in Dublin in October 2016. Always with a keen interest in education and training, Terry has championed the Association’s training initiatives over many years particularly the FIATA Diploma programme.

“It has been a privilege to serve on IIFA Council and it is an honour to take on the role of President of IIFA, following in the footsteps of such esteemed past presidents who have guided the Association through some very challenging times. The past year has put a spotlight on the Freight industry and the vital role our businesses play in the functioning of an efficient economy. The Association will engage and cooperate with the various stakeholders to promote growth and development within the industry and represent the best interests of our Members. IIFA shall continue to be at the forefront of training and education, enhancing the skillset of those who work in Freight, Logistics and Customs Clearance in Ireland.”

There were further additions to the positions of office holders within IIFA. John Dunne of Foremost Freight Ltd takes over the position of Honorary Treasurer and Sandra Morrissey of Eastway Global Forwarding Ltd now holds the office of Honorary Secretary.

While BREXIT has arrived, its challenges continue to manifest as the year progresses. IIFA Council will continue to assist Members meet these new challenges by offering guidance and support through its representation efforts with Government Departments and the various education and informative supports offered to its Membership body.