Home Breaking News The best Volkswagen Multivan of all time to hit the market in... 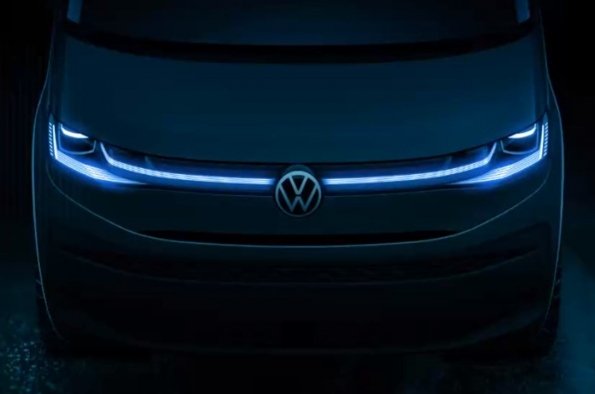 A recipe for success – take the best van of its time and add the comfort of a car and unprecedented variability in the interior. The result: the Multivan. Still an icon of its genre. A cult vehicle for generations. Unique VWCV DNA. Even a completely new Multivan will remain true to this DNA. And that’s precisely the plan: later this year, Volkswagen Commercial Vehicles will be taking the Multivan and the associated lifestyle feeling into the next automotive era.

Its incomparable DNA has made the Multivan one of the most successful and best-known vans/MPVs ever. An automotive multi-tool for the family, business, sport, holidays and every travel adventure. To date, there are four generations of the Multivan. They are all based on the Transporter – the T3, T4, T5 and T6. In 2019, there was then also an update of the current generation: the Multivan 6.1.

In September 1985, at the IAA International Motor Show in Frankfurt, Volkswagen unveiled a new version of the T3: the first Multivan. Now, alongside the Transporter and Caravelle, there was thus an unprecedented crossover of panel van, passenger car, MPV and camper – comfortable ride met multi-variable interior concept: with a rear bench seat that could be converted into a bed. And the original model also already had a fold-out table. Both features quickly transformed the van, when required, into a compact camper for minimalists.

Cleverly conceived like an automotive tool, the van delivered the design DNA for all of this and added to that a charismatic look as well. Form followed function: a mobile space with a short rear overhang and steep windscreen. Inside, the driver and front-seat passenger sat directly above the front axle and experienced there, high above the world of the passenger car, the driving feel so typical of the original model, which soon gained cult status. Over the next 35 years, Volkswagen Commercial Vehicles further honed the Multivan idea again and again, adapting the iconic vehicle generation by generation to the requirements of the time. New seat track systems, new swivel and individual seats, variable tables, ever more intelligent infotainment and driver assistance systems and additional efficiency and safety accompanied the Multivan on its journey through down the years. However the DNA and thus the characteristics of a Swiss Army knife on wheels always remained untouched – inclusive of that unique sitting position in the front, the extreme variability and the practical access through to the rear between driver’s and front passenger seat.

Albert Kirzinger, Head of Design at Volkswagen Commercial Vehicles, explained: “The core DNA is, of course, space. The new Multivan has space in abundance. Flexibility, usable flexibility – that’s what sets the Bulli apart, including the seventh one. Including the Multivan.”

This year, with a new Multivan generation, Volkswagen Commercial Vehicles will be extending its long history into the future. With the best Multivan ever – more sustainable, more comfortable, safer, more intelligent, better connected and of higher quality than ever before. With this new model the commercial vehicle specialists from Hannover will be transferring the DNA of this iconic vehicle and its associated lifestyle feel into the digitalised and electrified age. How the substantive elements of the Multivan are changing will become apparent over the coming weeks and months.