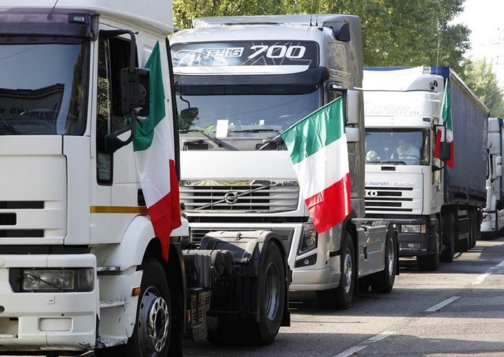 The above quote is from RTE TV Sport’s George Hamilton that has gone down in sporting history as Ireland’s David O’Leary lined up to take the most important penalty of all time in the ‘Italia 90 World Cup that would allow “The Boys in Green” to progress to the final stages of the competition. The Arsenal defender scored the deciding goal in the shoot-out against Romania and Ireland went through. As the Green Party line-up in the new Government squad, will their move be heroic or will the party score the biggest own goal we have ever seen?

I think everybody is agreed that the next Government will be a challenge for all those involved in putting the tri-party grouping together. Three parties with diverse views and policies must steady the country’s ship and chart a course out of the current crisis and then immediately be ready for the impending Brexit tidal wave. For hauliers there is good news, they are included in the Program for Government. This is good news but the IRHA and the FTAI will know from past experience that they must take hold and control of this offer and make it their own. Now is not a time for stage fright. For private bus operators the future looks bleak and their situation is a lot more challenging. So far the main focus is on public transport, with little or no attention on tour bus, or private hire operators. It’s taken a long time to encourage people to leave their cars and take to the bus, it would be ironic if the Green Party were to be part of a Government that would allow this to happen.

The IRHA has welcomed the inclusion of the road transport industry as a stakeholder in the Program for Government, all stakeholders here have vested interest. During the COVID-19 crisis, the road transport part of the supply chain worked efficiently. Most hauliers and drivers may not regard themselves as front-line workers; they were ordinary people doing ordinary jobs in an extraordinary time. This experience is essential when Ireland prepares for the economic recovery and impending Brexit.

The refs whistle has blown, the Green Party must line up and take their vital kick, the time for talking is over.