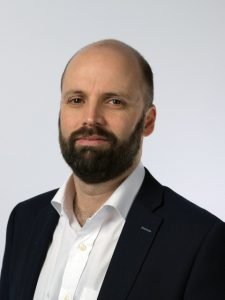 Encouraging more people to adopt electric vehicles (for both personal, public and business transport) is at the heart of the government’s efforts to tackle climate change. That is because in 2018 transport accounted for 20.1% of Ireland’s CO2 emissions, according to calculations by the Environmental Agency Protection Ireland.

Public support for EV’s is high – but affordability will be crucial to turbo charging adoption rates. CSO’s National Travel Survey 2019 showed that the most common factor influencing car purchase decisions was purchase price (65.7%), which was almost double the next biggest influencing factor – reliability at 35.7%. With 18% taking fuel emissions as a consideration, it’s great that carbon emissions are projected to decrease by 37.8% between 2019-2030 with the influx of electric vehicles and hybrid electric vehicles taking the road by 2030.

It’s clear then, that in a strategy to meet the 2035 ban on internal combustion engine vehicle sales by moving to electric transport, end users need to be reassured that using electric vehicles will be as convenient and cost effective as their polluting diesel or petrol predecessors. The integration of more low carbon energy and an improved electrical infrastructure to deliver it when and where it’s needed must all go hand in hand.

How big is the challenge in front of us?

The Irish Government has set a goal of 950,000 electric vehicles on the road in ten years’ time in their Climate Action Plan 2019. Despite the sale of EV’s being on the rise with the current approach Ireland has a long road ahead to achieve this target.  However, electric transport adoption spans more than just personal consumer use – businesses are beginning to do their part too. For example, The Climate Group has signed up 67 companies to its EV100 Initiative, in which companies including Schneider Electric have committed to launch a Green Fleet policy which aims to replace 100% of its car fleet with electric vehicles by 2030. This has introduced the need for multiple EV chargers to be installed at private commercial facilities, as well as in public spaces such as motorway services and public car parks. Commuter transport is also seeing an overhaul with numerous projects in cities to move to all-electric buses, electric trams and more digitised commuter railways.

With this boom in the e-mobility sector being powered by electricity, we need to turn our attention to the potential strain EV adoption could put on Ireland’s power infrastructure. In turn, the power infrastructure in Ireland is still connected to the UK National Grid – meaning that energy stakeholders need to plan ahead to ensure new systems are compatible as well as resilient, Utilities stakeholders need to decide how to invest in upgrading the electrical network (especially distribution) without creating upward pressure on the cost of electricity for consumers and businesses – which may weaken the appetite for electric vehicle charging.

The challenge of legacy infrastructure

As the adoption of electric vehicles gains pace, Ireland will require a significant increase in grid capacity in order to solve challenges such as demand at peak times. However, it is expected that the impact on overall energy demand should be less dramatic. In order to target investment in EV where it will be most effective, when it will be needed, utilities must create a model to assess the needs of new infrastructure.

A key element to this is better understanding how, when, and where consumers will want to charge up – as well as other environmental factors that might impact this behaviour. By understanding what the demand profile might look like at off-peak, mid-peak and peak, it will be possible to identity where efficiencies can be made. For example, if customers embrace a smart charging model, up to 70% efficiency could be gained and reduce the amount of investment required in higher voltage. In Ireland, an additional 1,000 charging stations will be installed over the next five years as part of a new on-street infrastructure scheme, making it easier for consumers to charge up while ‘out and about’.

Another key element will be geography – with some charging locations and their supporting infrastructure requiring more network capacity headroom than elsewhere. At the more local level, this will mean assessing and expanding the capabilities of substations to feed data back to stakeholders in the energy supply chain, so that load can be managed effectively.

How utilities can support EV adoption in Ireland

Preparing for electric vehicles on the Irish distribution system is a delicate equation, but there are several improvements to our electrical infrastructure which utilities need to continue working on. Namely, by investing and deploying technologies that give their operations the agility and resilience to facilitate 250,000 EVs by 2027, as outlined in ESB’s 2027 plan. Building out this network of plentiful charging points at convenient locations is key to ensuring EV adoption by individuals and businesses alike. This will pave the way for a smooth and steady transition, reducing any bumps in the road that could be caused by a sudden demand for additional infrastructure projects. With this approach, energy distribution stakeholders will be able to continue to shape the future of EV charging, by participating in the development of a smart connected grid which can support new mechanisms such as off-peak retail tariffs. This should ease the pressure to scale infrastructure and capacity to provide consumers with an affordable, reliable and convenient supply of energy as new electric vehicles are connected to the grid.