Home Editorial The wandering cyclist and the law 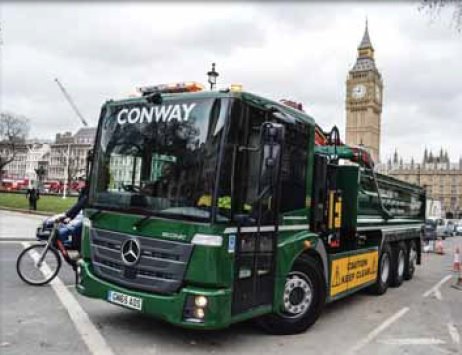 Th e Regulation itself gives no indication as to how near to a cyclist you would have to be to cause a cyclist inconvenience, but the Road Safety Authority (RSA) has determined that, on a road where normal speed limits apply, a minimum distance of 1 metre will be required, whereas on motorways, or other roads, where higher speed limits are allowed, the minimum distance will be 1.5 metres. In Spain, where cycling is the national pastime, cyclists appear to have little regard for the rules of the road, and, for this reason cyclists are generally, if cynically, now recognised as ‘los Reyes de la caratera’ (Kings of the road’). Th is attitude has spread to Ireland where it is now common to see cyclists ignoring red traffic lights without any action being taken.

In the Republic, cyclists squeeze down both sides of queueing vehicles to get to the front of the line when those vehicles are waiting for traffic lights to change, even if by doing so, they are ignoring the safe distances specified in the 2019 Regulations. In the event that a driver is prosecuted for overtaking without leaving a sufficient gap the penalty on conviction is a fi ne of €120 with 3 penalty points. One may however ask how many road users can accurately identify a space of one, or one and a half metres? Th e problem with all this is that it makes drivers of HGV’s particularly vulnerable if a cyclist makes a complaint that an overtaking vehicle was too close. It would be nice to think that the Garda would be extremely careful dealing with a complaint of this sort, particularly as the view of one person as to what distance is one metre may not agree with another person’s view, but given the increasing support that appears to be available to cyclists witnesses may suddenly appear. More importantly the nature of this complaint is also such that a complaint can be made even when the incident did not occur.

Once again the problem for the driver is to ensure that he, or she, has a credible defence in the event of a prosecution. In the first instance of course, one should always drive at a safe distance from other road users. Th is may not be possible if it is the other road user who consistently ignores the safe gap, (the cyclist who comes up on the nearside of stationary vehicles, for instance) but, as the Garda may say, one should always drive defensively.

Perhaps the most effective defence for a driver, and the driver of a commercial vehicle in particular, is the so called ‘dash-cam’. Used sensibly, and properly fitted in the cab, the camera will record the position of the camera user’s vehicle in relation to other road users, and while it will record errors made by the driver of the vehicle, it will also record the errors of others. Allegations that the driver’s vehicle had been involved in a collision resulting in damage to other vehicles or to property can either be denied or, at the very least, the blame for the incident can be properly attributed.

It has been suggested that, as the use of ‘dash-cams’ increases, so will the general standard of driving.