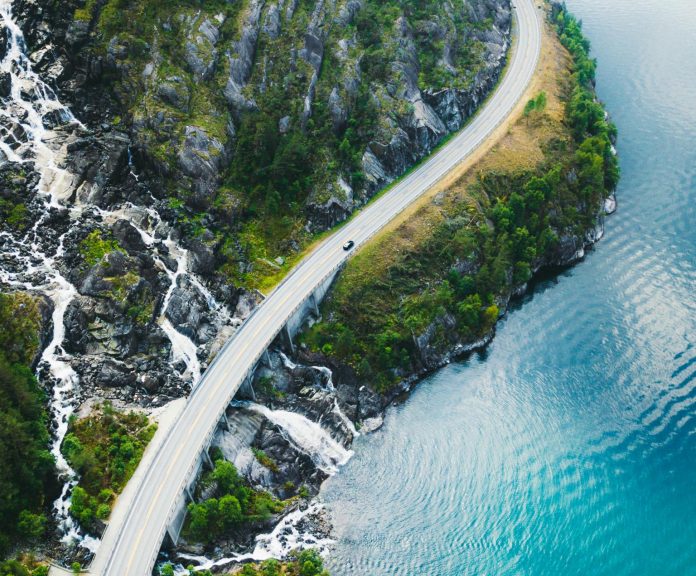 Road transport operators are at the core of the EU’s green transformation. Fully aware of their responsibility, they are committed to decarbonise. However, technologies for zero-emissions alternatively fuelled heavy-duty vehicles and related infrastructure are still in their infancy.

Raluca Marian is the Director EU Advocacy and General Delegate of IRU’s Permanent Delegation to the European Union. She looks at how we can pave the way for an efficient and green transition in this sector, which is so vital to social harmony and economic prosperity in Europe. Two concepts are crucial: synchronicity and incentives.

The coming decade’s green transition will require an enormous effort by about 1 million transport companies in the EU, running over 35 million vehicles, of which approximately 7 million are heavy-duty vehicles (HDVs).

Whilst the sector is committed to decarbonise, three basic conditions have to be met to enable the change:

If the first two conditions are not met at the same time across the EU, transport operators will not be able to adapt. If the third condition is not met, significant disruptions in transport markets could occur even after millions of alternatively fuelled vehicles are already on the road.

The road transport sector, serving a diverse range of users, needs to embrace a variety of solutions, from vehicles powered by hydrogen and electric batteries to those running on renewable and bio-fuels.

IRU therefore welcomes the European Commission’s proposal on a Regulation for the deployment of alternative fuels infrastructure (AFIR). This is a precondition for success with other measures in the Fit for 55 Package, such as the revision of the energy taxation regime (ETD) and the inclusion of road in the emission trading scheme (ETS).

It is encouraging to see the ambitious view of MEP Ismail Ertug, rapporteur for AFIR in the European Parliament. We hope that his ambitions are shared across the chamber. However, a strong commitment from Member States, via the Council, is also needed to deploy infrastructure on the ground. Without this, transport operators will not be able to operate effective cross-border services in the EU.

Until these three prerequisites for a successful shift are met, an adequate transition and flexibility in the choice for fuels will be essential for the sector given its wide operational scope.

The transition will be hugely expensive. A sector dominated by small and medium sized firms, with the average company running less than five vehicles, cannot afford to adapt without adequate support.

In addition to financial help to buy vehicles, incentivising road transport operators with smart taxation and charges set at an EU level would be a useful way forward. However, in their current form, Fit for 55proposals on energy taxation and ETS for road will not do this.

Zero-emission technology is developing at a much slower pace for HDVs compared to light vehicles such as cars. Even based on the most optimistic forecasts from manufacturers, the production of zero-emission trucks and coaches will not increase quickly enough to replace the EU’s seven million HDVs. And given current progress, the same issue is likely to slow replacement of the tens of millions of light commercial vehicles on Europe’s roads.

A rapid increase in taxation and charges under the newly proposed energy taxation structure, as well as the inclusion of road transport in the ETS, would therefore heavily penalise many commercial road transport operators who have no zero-emission fleet alternatives.

Despite slow technological progress for HDVs, the recently published report of MEP Peter Liese, the Parliament’s rapporteur for the ETS file, proposes to speed up the deadline to implement ETS for commercial vehicles, while offering Member States the possibility to delay fuels sold for private use by two years.

However, differentiating private and commercial use is highly impractical for fuel suppliers. To avoid this hurdle, IRU is calling for a gradual introduction of ETS for road, in accordance with the availability of alternative fuelled vehicles and infrastructure.

Smart EU-wide taxation would also level the playing field by avoiding large variations between Member States. However, in addition to increasing the level of taxation at a premature stage, the current ETD and ETS proposals leave open the possibility of multiple taxation and charging. Under the ETS proposal, it is even unclear if national parallel ETS schemes may co-exist with the EU scheme.

Multiple taxation and charging will put a heavy economic burden on the average road transport operator, with higher costs leading to higher prices for transporting people and goods.

On a positive note, the rapporteur’s report on ETS partially recognises the importance of additional incentives and support to collective road passenger transport. This point was strongly supported by IRU and our members because the Commission’s proposal only referenced public transport.

In conclusion, EU decarbonisation plans for road transport will only be successful with synchronicity and incentives. Vehicles, fuel infrastructure and fuel availability all need to be properly synchronised.

Road transport operators need to be incentivised, including via smart taxation and charges that are gradually introduced, aligned with vehicle, infrastructure and fuel availability as they develop over time. With the right policies in place, road transport operators will be at the heart of the EU’s green transport transformation.