Home Breaking News Time to ‘Give a little respect’ 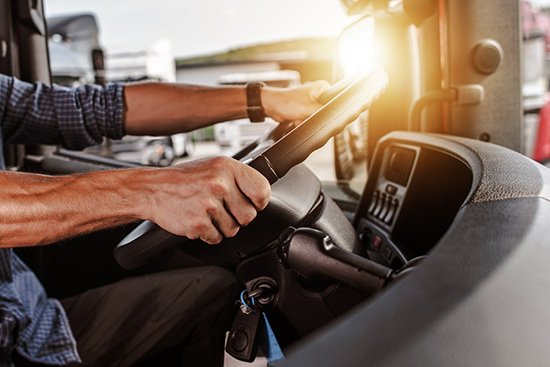 “The logistics industry has to start treating truck drivers with the respect that they deserve if it wants to reverse the working population’s dwindling enthusiasm for a career behind the wheel of an HGV,” says Charlie Walker of Walker Logistics

The haulage industry has been struggling to attract heavy goods vehicle (HGV) drivers for as long as most people can remember but never has the driver shortage problem been as severe as it is now.

According to the Road Haulage Association, the UK’s HGV driver pool is currently some 100,000 down on its pre-pandemic total of around 600,000. But even before Covid-19, it was accepted that the industry needed to recruit at least an extra 60,000 drivers.

While Brexit and Coronavirus are getting most of the blame for the present crisis, perhaps the time has come for the supply chain sector to consider its own role in creating the driver shortage and reflect on how it might reverse the working population’s dwindling enthusiasm for a career behind the wheel of an HGV.

The uncomfortable truth is that truck drivers have been undervalued and treated disrespectfully for years – not only by society in general but, shamefully, by some sections of the industry in which they operate.

Today’s HGV driver spends long hours under constant pressure from routing and scheduling planners. On arrival at a Regional Distribution Centre (RDC), he or she will often be made to wait for an eternity in a small, invariably grim room (although some boast the luxury of a coffee machine) while awaiting a delivery slot. 60 hour working weeks – broken only by stops at inadequate restroom facilities ­and nights spent in ‘safe and secure’ parking sites that can feel anything but safe and secure do little to add to the job’s appeal.

And of course, for a lot of drivers, the pay isn’t terribly good: stacking shelves in the local supermarket can be more financially rewarding – and that’s a career path that comes with the added bonus of allowing you to go home and have dinner with your family and sleep in your own bed at the end of each day.

So, for years experienced UK drivers have drifted out of the sector and fewer and fewer young people have been persuaded to replace them. The logistics industry has always relied on a steady supply of drivers from Eastern Europe to plug the gaps, but Britain’s withdrawal from the EU means this is no longer an option.

With nearly a third of the UK’s HGV drivers estimated to be aged 55 and over, the driver shortage is only likely to get worse in the long term unless the logistics industry can find ways to make the role more appealing.

A good way to start the process would be to recognise that HGV drivers are absolutely vital to any successful and cost efficient supply chain and for the logistics industry to begin treating these vital workers with the respect that they deserve.

An interesting development in addressing the issue comes courtesy of Gist Logistics UK.

Gist is offering industry leading incentives of up to £5,000 for HGV drivers joining their business from August in order to boost capability and resources as it continues to deliver chilled foods and fresh produce for key customers including Marks & Spencer across the nation. New drivers joining Gist now have the potential to receive a bonus worth up to £5,000 through a combination of a £2,000 sign on bonus and up to three additional retention payments for continued service.