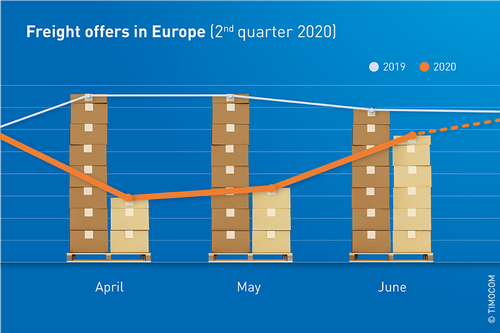 Due to the pandemic, even the traditionally busy months for freight during April and May saw significant downturns in transport services. “In total, our transport barometer saw a fourty-five percent downturn in freight as compared to the previous year during the second quarter of 2020,” stated Gunnar Gburek, spokesman for FreightTech company TIMOCOM (pictured below). Transport services dropped even more sharply within Germany during the same time period.

This is in line with the trend across Europe. In June, the 44 European countries examined by the Transport Barometer had 69 percent more freight volumes than in May. In June 2020 only 17 percent less freight was recorded than in June 2019. “Of course we have to keep a very close eye on developments during the pandemic. But the numbers we recorded in June provide hope that the logistics industry has made it through the worst of this crisis,” according to Gunnar.

Individual country analyses show how tightly Transport Barometer numbers are connected to the effects of the Coronavirus and the political reaction to the crisis.

Freight offers for transport routes from Germany to France dropped by 84 percent in April and again in May by 67 percent as compared to the previous year. France relaxed its strict lockdown rules in mid-May. Demand then rose to disproportional heights in June, reaching 16 percent more freight than the same month in the previous year.

Austria, which opened its borders to Germany in June, presents a somewhat similar picture. The number of offers for transport from Germany dropped by 70 percent in April and again in May by 59 percent as compared to the same months in the previous year. However, in the month that followed there was no major increase, with a downturn of 18 percent as compared to June 2019.

Transport volumes from Poland to Germany also dropped by about half (-53 percent) as compared to April in the previous year. However, the end of June saw a rapid increase of 96 percent as compared to last year.

“There was an unprecedented drop in German exports during April of this year. Our Transport Barometer clearly shows that road transport took a significant hit as a consequence. But nobody can say how sustainable the current upwards trends are. Based on current developments, however, the industry can be cautiously optimistic regarding developments throughout the rest of the year,” concluded Gunnar. 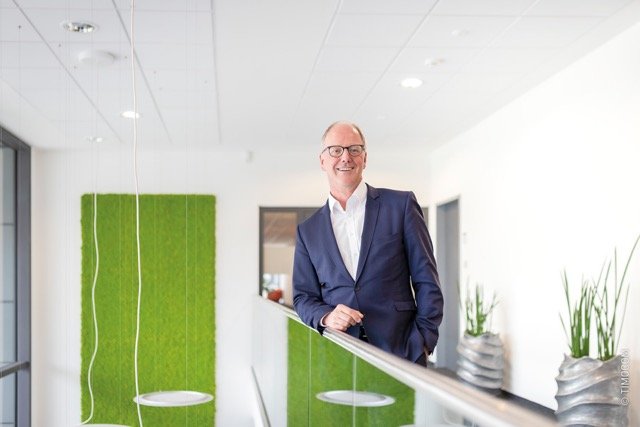