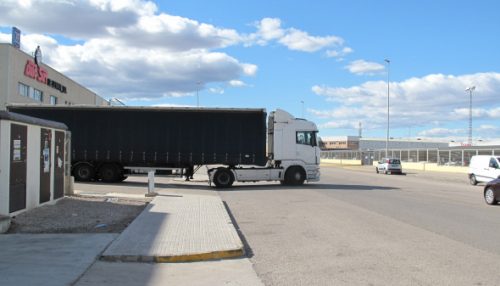 Transport sector to strike in Belgium

Yesterday (9.04), the Belgian trade unions announced they would consider a nationwide strike in the transport sector, for both drivers and logistics, if employers do not pay an extra ‘bounty’ bonus on top of the normal wages. Employers have refused, explaining that this is simply impossible. If they start to strike, victims to COVID-19 in Belgium will increase (we have more than 2,000 deaths up to this date).

There are no problems for trucks to cross the borders.

Interactive map of the green corridors in Bulgaria

On the following link http://www.api.bg/index.php/en/green-corridors an interactive map of the route of the “green corridors” for delivery of goods in Bulgaria is published. This is on the website of the Road Infrastructure Agency. From the map, drivers can see along the designated route they go, what conditions are offered for recreation and rest, number of places to stop, bathroom, possibility to buy food, internet access, car wash, lighting and video control of the parking, possibility refuelling, nearest emergency room, number of refuelling points, etc.

As reported yesterday, Czech carriers on the Turkish border have major problems. Turkey has issued a statement on COVID-19 to countries in ‘conflict’ and that their drivers are by no means admitted into their country. The key to Turkey’s determination relating to the Coronavirus conflict country is unclear. The Czech Republic is one of them and their drivers have been waiting on the Turkish border for more than a week. Bulgaria or other Balkan countries were not detected by Turkey as COVID-19 conflicting.

Serious situation in general in Romania

Yesterday in Romania more than 4,000 people infected with COVID-19 (estimations are above 10,000, but the authorities cannot do more than 1,000 tests a day and mostly for the 25,000 people in quarantine coming from Italy, Spain, France,  Germany, UK, Norway – which are supposed to be infected. There are no tests among the living population in Romania, where there is a fact that there is community transmission).

With over 230 people dead, there are four hospitals where more than 300 medical staff are infected.
Most of them from Romanian citizens working seasonally in Italy and Spain mainly, but also elsewhere that came back to Romania when the quarantine started in these countries. They left because they had no more revenues, working in tourism or caring old people who died in Italy, for instance, of Coronavirus. They came to Romania, infected thousands of people, while others remaining at home, pay for their care in hospitals.

From the photos attached, isolation and stopping the economy seems to be just for Romania as Germany, Austria, The Netherlands – all take advantage of poor salaries in Romania and get people from there to work.

1,500 people from Suceava, a city where there is a quarter of the infected people, are transferred by plane in Germany to work in agriculture. Of course, they will be isolated in the field, to cultivate asparagus.
But look how distant they are waiting for the plane! If they get sick, Germany will send them back for Romania to take care of them. Some others are leaving to work in the Netherlands, to the Eindhoven region. More information available on request. 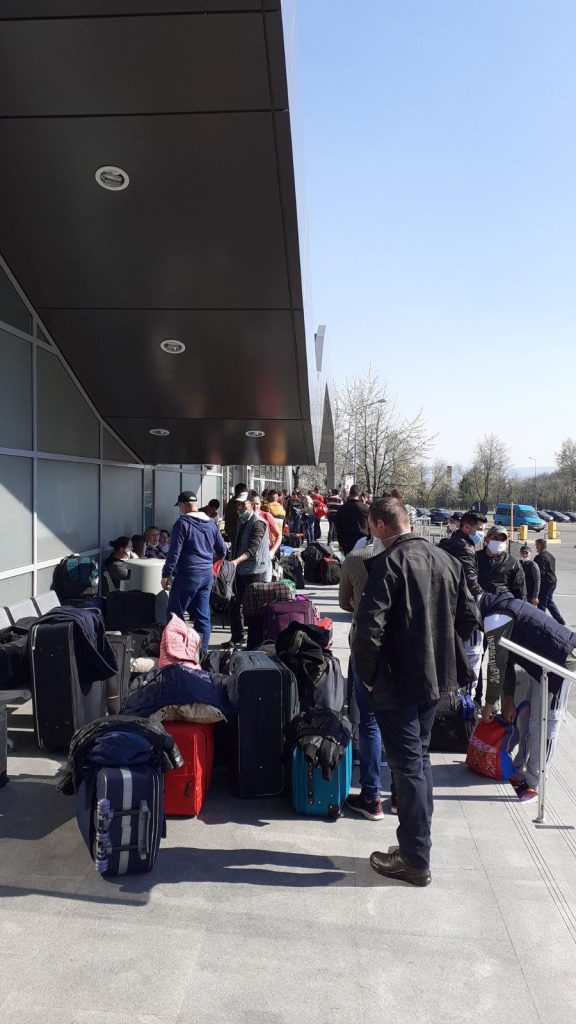 Forcing hauliers to spend thousands of pounds on vehicle upgrades during the COVID-19 crisis is both insensitive and outrageous, said the UK’s Road Haulage Association (RHA) Chief Executive, Richard Burnett.

The RHA says that the London Mayor’s Direct Vision Standard (DVS), which launches in October, is in danger of forcing struggling firms out of business despite postponing enforcement until February 2021. The controversial scheme means that trucks entering the capital will have to comply with a London-specific safety standard or face £550 fines.

Mr. Burnett called on Transport for London (TfL) and Sadiq Khan to push DVS back at least a year to give firms time to recover from the national emergency. “It’s unthinkable that TfL and the mayor are going ahead with DVS at this time. Hauliers supplying London with the goods they need during the crisis are already facing a financial struggle for survival.
Saddling them with huge costs to upgrade their vehicles right now is short-sighted and beyond belief – they need more time. Adding a year to the roll out of this scheme would cost the authorities nothing and save many firms from going out of business. It would be a win-win for common sense.”

Hard to believe but it is now ILLEGAL to buy alcohol in South Africa! Not joking! It is also illegal to buy cigarettes. The Government is losing millions in ‘sin’ tax as a result.

South Africa is facing a perfect storm right now. First, its economy nose-dived. Then the coronavirus arrived. One week later the country’s economy was relegated to junk status. The country simply cannot cope with all three. Many businesses  will have to close as a result of these three factors. Unemployed staff will not be able to find another job. Its unemployment rate was already at over 30% before this crisis (for young people, it is 61%).

Hard to see how the country can bounce back from this, actually. One thing is certain: life in South Africa will change. Dramatically.