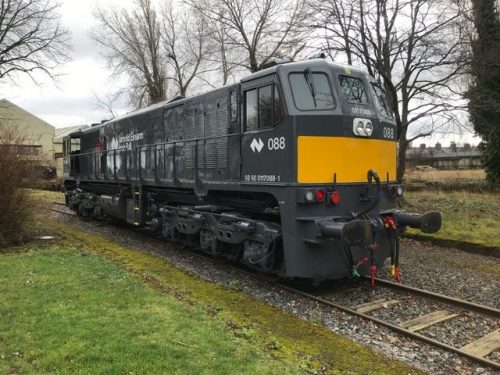 At a meeting of the Northern and Western Regional Assembly last Friday attended by the Minister for Transport Eamonn Ryan, members questioned the Minister on the future of the Western Rail Corridor north of Athenry.

In his reply the Minister undertook to protect the line for rail use only and that this policy would not change whilst he was the Minister in charge, according to Galway Councillors Tim Broderick and Jimmy McClearn who are members of the Regional Assembly.

Minister Ryan further clarified that he was, on foot of the recommendation of JASPERS undertaking an All Island Rail Strategic Review to look at the role of commuter and rail freight in Ireland, including the Western Rail Corridor.

‘We have a Minister who sees the potential’

“This clarification from the Minister refutes any thought of putting a Greenway on the line as he is of the opinion that the development and expansion of rail infrastructure is part of Government Policy in resolving our Climate Action challenges,” according to Cllr Tim Broderick who attended the meeting.

“I believe we have a Minister who sees the potential in reopening the Western Rail Corridor and wants to protect the rail infrastructure in order to provide rail services in the West” stated Cllr. Tim Broderick.

The Minister also referred to the EY Report and in a reply to Cllr Jimmy McClearn on the quality of the report, the Minister said this was a view he had also received from other sources.

Cllr McClearn also pointed to the need to have a strong rail service to support Park and Ride proposals for the Galway city and said the Western Rail Corridor was needed to ensure the effectiveness of these proposals in addressing the traffic issues in the city.

“The Minister was very interested in the focus on the Western Rail Corridor and how important its development was in finding solutions for the city traffic problems and the Minister demonstrated a great knowledge of the merits of linking the west by rail” commented Cllr. McClearn.

The meeting was organised to discuss the upcoming review of the National Development Plan and to brief the Minister on the submissions from the Regional Assembly and in particular the need to positively discriminate in favour of the North and Western Region, due to the fact that the region has been downgraded from “A More Developed Region” to “A Region in Transition.”

The Northern and Western Region is the only region in Ireland to hold such a status. The European Parliament’s Committee on Regional Development has categorised the region as a ‘Lagging Region’, which is characterised by extremely low growth and long-term under investment in the region.