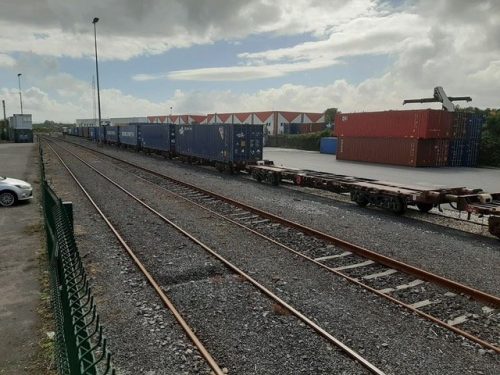 Transport Minister Eamon Ryan has reiterated his support for the reopening of the Western Rail Corridor and Limerick-Foynes rail links.

Speaking during a debate on the Second Stage of the Railway Safety Bill 2020 at Seanad Éireann, Friday, 23 Oct 2020,Minister Ryan said that the restoration of the links between Foynes and Limerick and between Athenry and Claremorris ‘would transform the system’.

Responding to Mayo Senator Paddy Burke (FG) the Minister said: “I again cite that section from Athenry to Claremorris. As I said when I was speaking in the Dáil on this Bill, the potential for freight connectivity is so important. In my mind the line will run from Ballina, if not Sligo, all the way down to Waterford which will open up the whole western region. I am talking here about a western rail corridor from Waterford through Tipperary, Limerick Junction and up through Clare, Galway and Mayo.”

“It opens up the opportunity for us to go to the rest of the world and ask whether they are looking to invest in a location which has clean power, as the west has now with wind power, clean water, which is increasingly a rare resource in the world, world-class workers who are highly skilled in advanced manufacturing, pharmaceuticals, biomedical devices and industrial processing – we are world-leading experts on it – and key infrastructure connected to deep sea ports such as Foynes, Waterford and Cork. If we went out to the rest of the world with that as an investment proposal, I believe we would see the west rise with significant economic development opportunity. Those small sections between Foynes and Limerick and between Athenry and Claremorris would transform the system,” concluded the Minister.

Comment: There will be criticisms in certain quarters regarding this investment, especially from the road haulage fraternity, but when looking at the viability of rail freight, it is still very dependent on road freight to get the freight from the factories to the railway stations/hubs. Those short journeys can be financially rewarding, to the road transport operator. Both parties have to involved to become a fully integrated inter-modal system.