Home Bus and Coach Tribute to the ‘Neoplan MAN’ 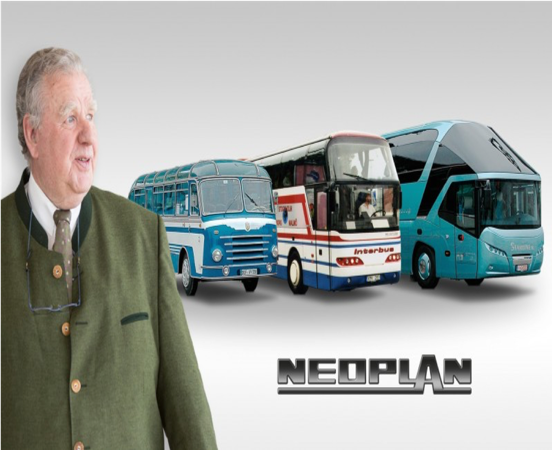 The history of German premium coach brand NEOPLAN began in 1935. Over the decades, the company has been driven by outstanding bus design, innovative technology, exclusive products, services, and people who have achieved extraordinary things with great passion. One of them was Konrad Auwärter.

On 24 August, Konrad Auwärter celebrates his 80th birthday. He was born in Stuttgart in 1940, the second son of Gottlob Auwärter, who had founded the family bus company Gottlob Auwärter GmbH & Co KG five years earlier, creating the NEOPLAN spirit that still exists today: driving progress with passion and innovative ideas.

Konrad Auwärter started as an apprentice car mechanic in the family business in 1955. He then studied at the Engineering College for Vehicle Body Construction and Automotive Design in Hamburg. His graduation thesis on the double-decker bus as part of a scheduled service fleet laid the foundation for the company’s extensive and successful range of double-decker buses in the years ahead. In 1965 he was appointed to run the company repair shop, and in 1973 became manager of the second NEOPLAN manufacturing plant.

That history is recounted by Hans-Joachim Pilz in his book “Auwärter NEOPLAN Omnibusse”, published this year by Podszun-Verlag to mark Konrad Auwärter’s special birthday. In his 340-page work, the former NEOPLAN advertising manager and former Director of MAN Truck & Bus Germany traces the development of the business from a small wagon-building workshop to a global group of companies. Its success is down to many ground-breaking technical product developments and innovative ideas – from the invention of the double-decker coach, through the introduction of passenger-friendly low-floor technology, to the development of the 15-metre class and the high-decker model. Kuchta goes on: “The entire bus and coach industry has benefited from the impetus provided by NEOPLAN. It’s no accident that the brand is synonymous with innovation, exclusivity and stylish design.”

From the first NEOPLAN to today

One of the most significant years in NEOPLAN’s history was 1953. That was when the first NEOPLAN hit the road. Gottlob Auwärter designed a completely new type of bus featuring a self-supporting body, and began building and marketing it under the name NEOPLAN – standing for “New passenger transport vehicle” or “New plan”. Another key date in the company’s history – one of many – was 20 June, 2001. On that day, Gottlob Auwärter GmbH & Co KG was taken over by Munich-based MAN Nutzfahrzeuge AG, thereby setting the business on course for great future success. Because, then as now, NEOPLAN models set the benchmark. 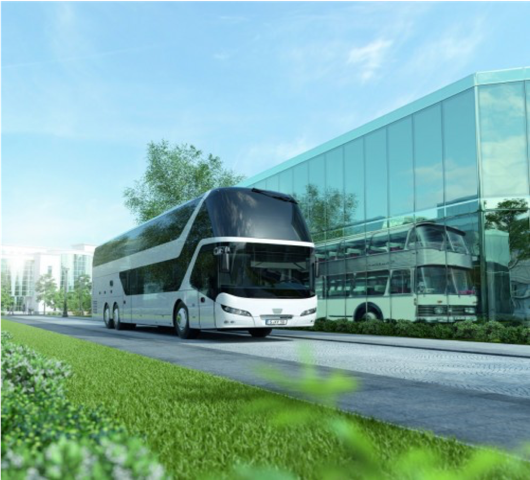