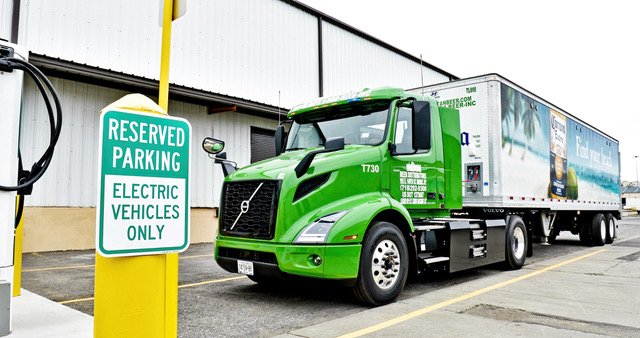 Updated research from Interact Analysis shows that there will be 634,000 battery electric trucks and buses in 2022, out of a total market of 18.2 million. By 2030 things will have changed significantly, and there will be over 9 million battery electric trucks and buses out of a total market of 21 million. Meanwhile, the total global market for trucks, both electrified and non-electrified, remains much larger than that of buses, so most OEMs are likely to prioritize development of electric trucks over buses. Accordingly, the electric truck market will become far larger than the electric bus market by the second half of the decade (see graph).

While battery electric vehicles (BEVs) are set for strong growth, this will vary widely according to vehicle type and country. In Germany for example, the BEV market for buses will experience impressive growth in 2022 but little or no growth in 2029. In contrast, on a global basis, long-haul battery electric trucks have a very low forecast shipment for 2022 but significant growth for 2029. In terms of BEV truck sales, China leads the way, partly because the Chinese government has provided the most funding to the industry. In 2021, China shipped just short of 100,000 units compared to approximately only 10,000 in the Americas. However, by 2023 the Americas will overtake, with BEV pickup trucks playing a leading role largely led by the Ford F150 and Tesla Cybertruck.

In terms of long haul vehicles (both trucks and buses), battery electric is also edging ahead, but fuel cells still have a fighting chance in this segment of the market. Right out to 2030, the long haul market will be dominated by diesel (which forms over 90% of the category “others” in the graph below). However, fuel cells are forecast to have a much larger share of the market relative to batteries. The reason for this is that long-haul battery electric technology does not have the same cost advantage over fuel cell that it does in short haul urban transport. However, total cost of ownership analysis shows that long haul battery vehicles do still have lower vehicle, running and infrastructure costs than fuel cells; while interviews with leading OEMs show that most also expect battery technology to prevail in the long run. Nevertheless, long haul remains the one area of the vehicle market where fuel cells still have a fighting chance.

Jamie Fox, Principal Analyst at Interact Analysis says, “It’s hard to quantify in data, but the Ukraine conflict has had an undoubtable impact on the electric vehicle market. This impact has been rather mixed. On the one hand, as regions become increasingly reluctant to rely on Russia for fossil fuels, this will likely create a faster push towards electrification. On the other hand, the conflict has created significant supply chain issues causing a substantial rise in commodity prices, battery prices and the price of electric vehicles overall.

“For me, the single most interesting question in the market is what will happen in the long haul segment. While battery electric looks more likely to win out in the end over the wider truck and bus market, long haul is now the one area where fuel cells still could make a big breakthrough.”

Over the last three years, Interact Analysis has developed and improved a forecasting method for commercial vehicle electrification using TCO and extensive primary and secondary research. The report forecasts include vehicle type, powertrain type, transmission type and country level forecasts, amongst others, to 2030. The report includes over 100 tables of forecast data and a pivot table for an even deeper dive. Our research has already proven valuable to leading OEMs and component suppliers as we document the increasing interest in and growth of electric vehicles.