Home Breaking News TRUMPET CALL – On the fringes or in the trenches? 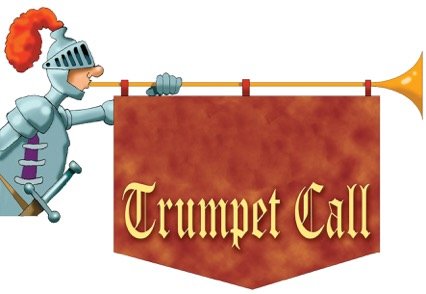 I heard an old man once say that the days were very long but that the years were flying. If you think about it and don’t have an active life or social events to occupy spare time, then I suppose that statement could ring true. Well, the North West Truck Fest in Milford is one of those events that brings out a lot of like-minded people to enjoy themselves. Always a good event and has raised over €100,000 since it started twelve years ago. But on reflection, the other part of what this man said is a little more depressing. I agree that the years seem to be flying as it doesn’t seem like twelve months since we gathered here last year, the last weekend of the summer! 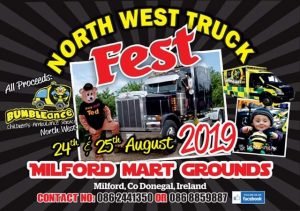 This is the fourth Milford Truck Fest since the UK had a Referendum on European Union (EU) membership withdrawal and of course if things had gone according to their original plan, our nearest neighbours would no longer be part of the EU. However, they kicked the can further down the road and they changed from being ‘April Fools’ to be the ‘Ghosts of Halloween’. So, I suppose we should be getting a little more nervous by now because of that. It’s obvious to us all now that a plan on how to exit the EU with or without a deal was not uppermost in the minds of those who marked their ballot paper in 2016. Most certainly the 300 km border-line that separates Northern Ireland from Republic was way down any list of priorities. The fact is that in order to avoid total chaos there has to be not only “a deal” but literally thousands of deals done to enter into a new relationship both in Customs and regulatory terms and to have mutual recognition of citizens’ rights and qualifications to work on either side of the EU/non-EU border. For instance, for licenced hauliers whose Transport Manager’s CPC has been acquired in Limavady, which is the nearest EU centre for such a qualification, that certificate will not be recognised in the 26 counties until some office clerk gets the go-ahead to sign into legislation.

The Department of Transport at Kildare Street, has kindly given us nine months to seek the same qualification but who wants to go through all that again? Of course, this must surely create some difficulties for Northern Irish based hauliers operating here in this jurisdiction too. To protect the Single Market enjoyed by the 600 million EU citizens it will be absolutely necessary to have checks on goods coming in from “third countries” such as Northern Ireland. So, as most of the oil, gas, timber, coal, animal feed and fertilizer comes into the North West through one of the two deep-water ports of Derry or Belfast, this is where these checks should be carried out. It is said that they can be away from the Border but it’s only a mile or two from the Border to the feed mills in Lifford or Newtowncunningham or the coal yards in Buncrana, so that’s not something many of us are looking forward to.

For four years many were saying “sure it will never happen”, but with the Brexiteers driving their bus off the cliff, changing drivers, with the front wheels already over the edge and with the new driver keeping his foot on the throttle, it’s going to be hard to stop. On the other hand, if Northern Ireland wants to trade on WTO rules then those rules will insist on checks on whatever we deliver in there so I can’t see how a load of Donegal spuds can go to “Wilson’s Country” or “Glens of Antrim” unhindered as they do now but maybe I’m wrong. A lot has been said about improving our direct links to the Continent with more frequent and bigger direct boats from Rosslare and Dublin to avoid transiting what will be a non/EU third country that is the UK, after Brexit. This is all well and good but it will still mean that fish from the North West will take longer to get to their markets than they do now, so how can that be avoided? The UK authorities have told us that they will increase the number of Customs officials and recruit more less qualified people to help to speed up the process. I would think that it would be much better to re-introduce the time honoured and well respected TIR system so the trucks that would be transiting the UK (and after all this means Northern Ireland for Donegal trucks) would be travelling under Customs seal and permit, meaning that they would be essentially waved on at Dover and Aughnacloy, while the UK trucks queued to process Customs!  To do this the amount of TIR permits would need to be dramatically increased but surely it would help to avoid congestion at both ends. It would be somewhat amusing to see the Irish trucks breaking their seals in Calais and powering on down the road to Spain or Italy while the UK trucks waited for some French Customs official to finish smoking his cigarette, take his feet off the desk and say “Come back tomorrow, Englishman!”

Meanwhile, we have all our own daily challenges to stay in business and of course the total collapse of Sterling has rendered work that’s paid in that currency unviable as margins of 5 or 10% are eroded, just allowing one to break even. What’s the point in getting out of bed for that?

Insurance is another big issue and it is affecting every business, not only haulage, and it is a slow process to any satisfactory progress but perhaps we are beginning to see some hope that the insurance companies are being taken to task over their high premiums and more is being done to thwart fraudulent claims.

Perhaps a touchier subject in our own business is the “flagging-out” of trucks to other jurisdictions in order to cut costs and compete unfairly with the Irish registered trucks for the same limited amount of work. We all know that it is now common to see even Bulgarian registered trucks working away up and down the roads alongside UK and N.I. plated trucks with a competitive advantage of thousands of euro in yearly running costs over the Irish truck. I remember when the Irish trucks in Spain and Italy and further afield were proud to have “Ireland” with a harp or shamrock emblazoned across their windscreen and even a tipper truck in Dublin with Donegal on his windscreen. Now it seems there are some out there who are only proud that they can do a load cheaper than the Irish registered truck! I have to say at this point though that the original Donegal trucks that lined up for the first “Truck Fest” back in 2007 are still coming and are still carrying their Donegal plates and for that I commend them.

It seems to me ironic that in complete contrast to those a few miles up the road on the other side of the Border we seem to have absolutely no identity crisis and will pick whatever identity works out cheapest and the most efficient to cut the rate on our fellow Irish haulier. In the North they even seem to all have their very own lamp posts with their own distinctive flags even though the lamp post gives light to both but belongs to neither! If Brexit happens then maybe “flagging out” will be more difficult, then next year will tell a different story. We must wait for “Halloween”….! By a concerned contributor