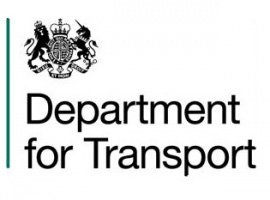 As the current circumstances are very challenging for the haulage sector the UK Transport Department is working to ensure that the appropriate arrangements are in place for hauliers after the Transition Period ends.  it’s statement reads:

Latest position
“We continue to work hard to finalise an overall trade agreement with the EU.  That agreement should allow UK hauliers to carry goods to, from and through the EU with no restrictions.  Both sides continue to prepare for a situation where a trade agreement has not been concluded by 31 December.

On 10 December, the European Commission published a proposal for a Regulation covering basic connectivity with regard to both road freight, and road passenger transport. The EU Council has since approved the text with some changes (including the addition of some cabotage rights) and if the European Parliament endorses the text then it will be formally adopted.  This is expected to happen shortly.

If the Regulation is adopted in its current form, it will allow UK hauliers to make unlimited journeys to or from the EU until 30 June 2021, and some additional movements until 31 May:

This will cover the majority of journeys performed by UK hauliers to EU countries.  If an overall trade agreement with the EU is not concluded we will be working to put in place longer-term arrangements with the EU or Member States.

The EU Regulation will not allow transit to third countries.  If an overall trade agreement is not concluded, and if you need to transit the EU to a third country you will need an ECMT permit.   If you have been allocated an annual ECMT permit you have until 23.59 today to pay for the permit.

What action should I take?

We will be able to issue short term permits for these journeys.  If you have not been allocated an annual ECMT permit then you should contact the DVSA at shorttermecmt@dvsa.gov.uk

Permits will only be issued for journeys to the countries listed below and you may be asked to provide evidence of previous trips or future contracts.  While we assess demand, we will only issue permits to cover journeys that commence in January and you must return completed ECMT logbooks within two weeks of the expiry of the permit.  Arrangements for access after January will be confirmed in the New Year.

We are not able at this stage to issue short term permits for additional cross-trade journeys: hauliers must therefore operate within the rules of the EU Regulation and may also make use of the permit-free movements allowed under the ECMT regime – see pages 11 and 13 of the ECMT User Guide.”

Third countries where you may need an ECMT permit to transit the EU in January:

**Cabotage is moving goods between two points within one EU Member State e.g. from Paris to Lille.

*** We expect the contingency regulation to be adopted by both Norway and Liechtenstein but this is not guaranteed before 1 January 2021.