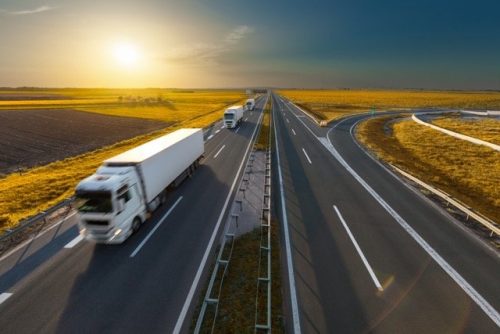 As Ireland opens up for business and companies get back in action, uncertainty has infected people as they try to get back to normal. Nobody can be sure how the general public will behave and if their living and purchasing habits be good or bad for the economy. Changes in their lifestyle – it’s now all about choice – shopping in town or on-line, working from home or back to the office, holidaying in Ireland or back to the Mediterranean beaches. In what way will these social changes effect truck and bus transport operators, is as yet an unanswered question.

Some of the statistics reported in the past few weeks resulting from COVID-19 are staggering, from the drastically reduced sales of new trucks and buses, to the declining number of vehicles passing through toll booths. Shopping on-line has been given a great boost, as retail outlets were forced to close. If this trend is continue, it could have a dramatic “change effect” as trade would move from the town centre to the comfort of people’s homes as the computer would become the point of sale. The great talking point is will people go back to the Pub and will they be nervous about going into crowded venues?

For transport operators, there are many challenges starting with trying to start up again or trade up if business operations were reduced in terms of volume. Will there be cash there to finance the start-up period? Then, when the invoices are issued, will people make strategic decisions to stall payment or maybe not be able to pay at all?  The real crisis may be a few months away.

What about the Government? What role will they play? Can coach operators rely on it to help get back into operation? Is there a danger that the Government will use this crisis to have a natural correction? A crude example could be taken that if there are five restaurants and six hairdressers in a town, would the interests of that town be best served by half the capacity and let the fittest survive? After the last financial crisis in 2009, there was an element of this, I am afraid we will see more.

Our future is uncertain, as things go back to some level of normality, just as in a game of musical chairs, when the music stops there won’t be chairs for everybody. Whatever the make-up of the next Government is, they need to focus of securing the future of Ireland’s SMEs, their employees, and the future of the economy, rural and urban.

The Atlantic Railway Corridor – The Galway-Mayo Rail Link: An Appraisal...