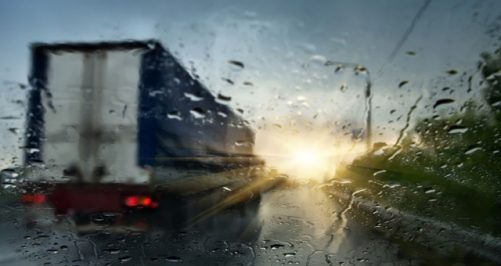 Met Eireann has issued a status RED warning for Kerry and Cork for southwesterly winds later veering northwesterly that will reach mean speeds in excess of 80 km/h with severe or damaging gusts in excess of 130km/h. Due to a combination of high waves, storm surge and high tide, coastal flooding is expected. Disruption to power and travel are likely. The Road Safety Authority (RSA) is advising road users in areas affected by the RED warning to avoid any travel during the storm window. The RED Warning is in place from 6am Tuesday 7 December until 9pm Tuesday 7 December.

Met Eireann has also updated its ORANGE warning to now include counties Clare, Cork, Galway, Kerry, Limerick, Mayo, Waterford, Wexford, Dublin, Louth, Wicklow and East Meath. South-easterly winds, later veering north-westerly will reach mean speeds of 65 to 80 km/h with severe or damaging gusts of 100 to 130 km/h, with localised stronger winds likely, with severe gusts on coasts. Due to a combination of high waves, storm surge and high tide, coastal flooding is expected. The warning is in place from 6am Tuesday 7 December until 6am Wednesday 8 December. Those in areas affected by the ORANGE Weather Warnings are being asked to consider postponing their journey until the storm has passed.

Nationally, all road users are being advised to be aware of the dangers once the storm has passed. When the extreme weather passes road users will still have to contend with potentially hazardous road conditions such as flooded roads and downed pylons, lines, trees, branches, and other debris which could block roads. Obey any road closures or diversions put in place by Local Authorities and An Garda Síochána.