Home Bus and Coach VDL has clocked up 4 million Electric kilometres in Germany in preperation... 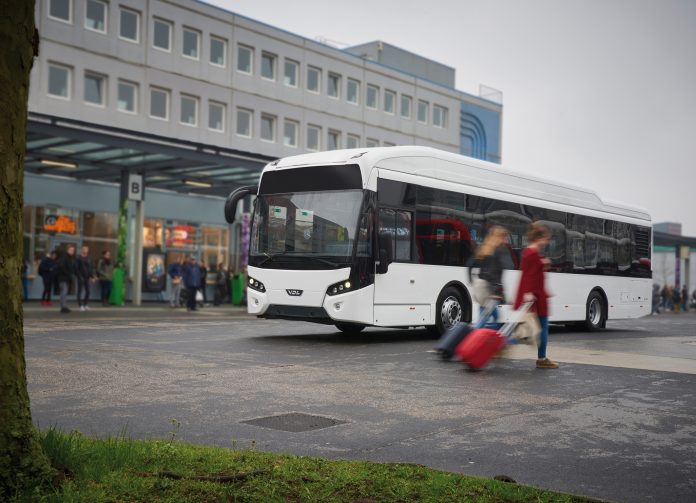 The northern German city of Kiel is committed to making public transport even greener and has ordered 20 more Citeas SLF-120 Electric in addition to the 47 articulated electric buses, with the latest delivery scheduled for September. By the end of 2021, a total of 67 electric Citeas from VDL Bus & Coach will be in operation in Kiel.

The cooperation between KVG Kieler Verkehrsgesellschaft and VDL Bus & Coach, which was confirmed in October 2019, will receive another boost with this follow-up order. “We are very proud of the trust Kiel has placed in us, based on our long-standing knowledge and experience in the field of e-mobility,” said Boris Höltermann, Managing Director of VDL Bus & Coach Germany. “Kiel has a clear climate goal, which fits in perfectly with our ‘Aiming for Zero’ objective. We hope to achieve many more milestones together by intensifying our relationship.”

The 20 Citeas SLF-120 Electric will run on 5 routes in the city. They are charged not only at night at the depot but also on the lines, where the necessary charging infrastructure is available at the terminus stops for fast charging. Since the first Citea went into service in September last year, more than 160,000 electric kilometres have been covered. KVG has so far taken 19 electric buses into operation. KVG director Andreas Schulz: “We have a target of offering fully electric public transport by 2030. The experiences with VDL Bus & Coach are very positive. With these electric buses, which save around 87 tonnes of CO2 per bus each year, KVG is contributing to a better and quieter living environment. In addition, we are enabling the municipality of Kiel to achieve its ambitious climate targets.”

With 29 routes and 9 night bus routes, KVG serves more than 886 stops in the urban area of Kiel and surrounding municipalities 24 hours a day. In 2019, more than 10.4 million kilometres were covered and more than 33.7 million passengers carried. With about 740 employees – of whom almost 520 are bus drivers – KVG has an important position as an employer in Kiel.

The cities of Münster, Cologne, Osnabrück, Oberhausen-Bottrop, Leipzig and Kiel in Germany contribute daily to the starting point of VDL Bus & Coach: ‘Aiming for Zero’. In the coming years, the cities/towns of Plön, Völklingen, Neuss, Braunschweig, Verden and Goslar will also be added to this list.

After the first 5 VDL Citeas SLF-120 Electric arrived in Münster in 2015, more than 100 vehicles in Germany have so far been delivered in fully electric mode, together accounting for more than 4 million electric kilometres of experience in public transport.

VDL has been active in the field of electric transport for over 25 years. Since the introduction of the first Citea SLF-120 Electric in Geneva, during the UITP Mobility & City Transport exhibition in 2013, VDL Bus & Coach has focused strongly on electric mobility. With now almost 800 buses in 10 countries and more than 135,000 kilometres travelled daily in many European cities and regions, the magic limit of 100 million electric kilometres has almost been reached.

VDL Bus & Coach has become one of the leading players in Europe in the field of e-mobility. In 2021, VDL Bus & Coach will present the new generation of electric Citeas. Based on the VDL vision, a bus concept has been developed, entirely based on an electric drive train, that is ready for the future and where zero emissions are a given. VDL Bus & Coach will announce more details in a special campaign in the coming months. The buses will be on display for the first time at Busworld, in Brussels this October.

Among other things, VDL Bus & Coach is introducing an innovative composite sidewall construction that is 15% lighter than a conventional sidewall. The battery pack is integrated into the floor as standard. This ensures better weight distribution, greater stability (safety) and increases passenger capacity. The choice of efficient components, lightweight construction, good insulation, aerodynamic design and optimal energy management reduce the vehicle’s energy consumption by up to 30%.