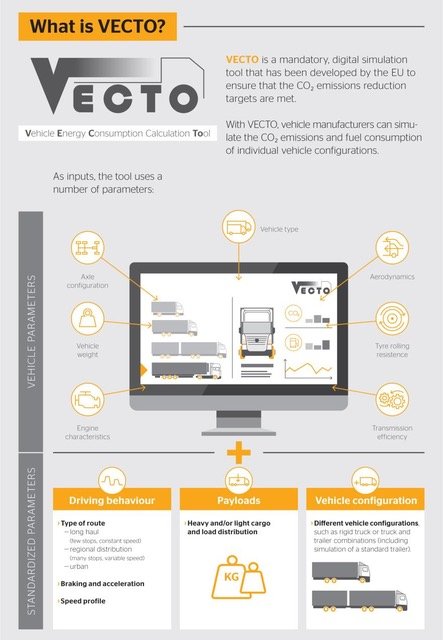 The measurement tool developed by the European Commission to standardise emission testing for heavy duty vehicle manufacturers, has an obvious impact on OEMs. Yet the EU legislation VECTO supports, requiring trucks to cut emissions by 15 percent by 2025, and by 30 percent by 2030, will also result in the future to changes for the wider road transport industry – including fleet operators and tyre replacement businesses.

As the road transport industry rightly increases its focus on reducing CO₂ emissions to protect the environment, Continental looks at what VECTO means for fleet operators, and how tyre choice can have a positive impact on truck emissions. Steve Howat, General Manager – Technical Services Continental Tyres explains:

Why does VECTO affect tyres?

Tyres have a major influence on CO₂ emissions and can impact on up to 40 percent of fleet operating costs when considering the fuel consumption influences they also potentially provide. This impact is so important that tyre characteristics are one of the key categories on the truck which VECTO measures. More specifically, VECTO requires calculation of a tyre’s fuel economy capabilities; its rolling resistance coefficient (RRc), along with the wheel dimension characteristics.

While existing EU tyre classifications do already require some rolling resistance information, this is given within a set range. The VECTO certification goes further, measuring the exact rolling resistance value of the tyre as part of a broader whole vehicle calculation, making for a far more specific result.

The introduction of VECTO means tyres designed with lower rolling resistance, may be prioritised for fitment at Original Equipment level for the overall CO₂ saving they can bring.

In turn this is driving tyre manufacturers to design tyres with increasingly lower rolling resistance coefficient figures to meet this need.

Why does a tyre with lower rolling resistance help reduce overall truck emissions?

As the tyre moves under the weight of the commercial vehicle it is in a repeated cycle of deformation and recovery, dissipating the energy lost as heat. This is known as ‘hysteresis’ and is the main cause of energy loss associated with rolling resistance. Tyres with lower rolling resistance reduce this lost energy via the elastic characteristics of the rubber.

The potential downside is a tyre designed for lower rolling resistance may not have as good wear characteristics. For tyre manufacturers, the challenge is to make sure that the conflict between tyre wear performance and rolling resistance is bridged to ensure fuel consumption benefits from energy efficient tyres are not negated by a need for more frequent replacement.

The answer is to continuously develop even higher levels of rubber compound technology along with improvements to tyre contour, pattern and tyre construction.

Why does VECTO affect fleets?

Even though the EU regulations and VECTO are primarily designed for vehicle manufacturers, its implementation will affect the tyre selection, leading to greater complexity and potential changes to options for fleets at tyre replacement level.

The need for more fuel-efficient tyres will continue to be the largest demand driver both from manufacturers, and major fleets – a requirement which has to be managed in conjunction with tyre wear performance, which poses a significant conflict area.

Fuel economy (rolling resistance) needs to be balanced with the life expectancy of the tyre, its retreadability and mileage, the durability and structural endurance required for its application, and vehicle comfort, noise and handling.  All this against the all-important question of tyre cost.

What can fleets do to improve tyre efficiency?

Fleets should not forget about trailers when considering how they can get the best results from their tyres. Trailer tyres are not included in VECTO calculations, yet poor trailer tyres can negate any positives gained from fuel saving tyres placed on the drive and steer axles of the tractor unit.

They should also consider the calculations they make for tyre replacements, as low rolling resistance tyres require replacement at a greater frequency.  While this may carry a cost, it is could be higher than the fuel bills associated with running a fleet on less efficient tyres. 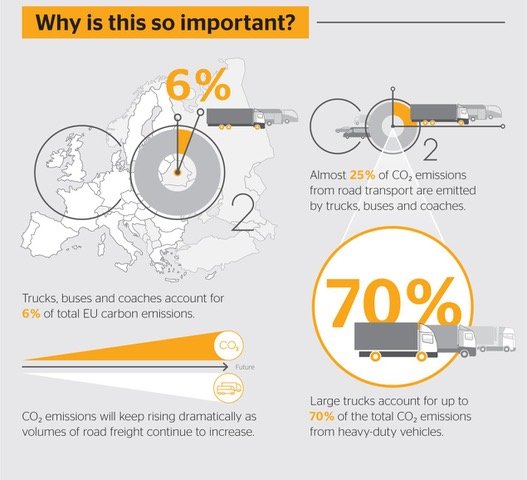