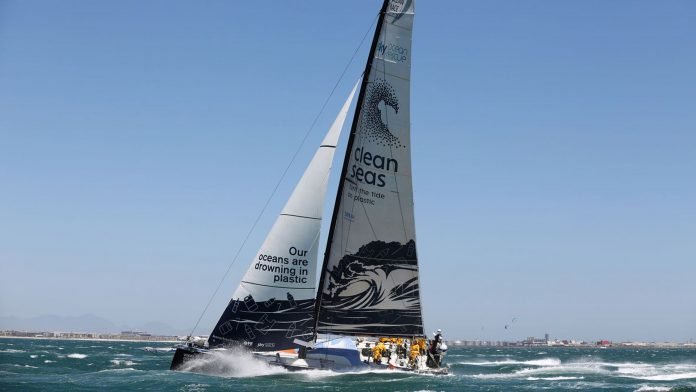 The 2017-2018 edition of the Volvo Ocean Race  – one of the world’s longest and toughest professional sporting events – has began its stopover in Cardiff, Wales.

The transatlantic leg is traditionally one of the nine-month event’s biggest highlights and toughest tests for sailors in often challenging conditions. The sailors departed Newport, Rhode Island, USA, on May 20th and will have covered approximately 2,900 nautical miles before they made landfall in Cardiff. No fresh food is carried on board, so the crew lives off freeze-dried fare and will only take one change of clothes, so stopovers such as this are a welcome sight.

Cardiff is making its début as host of a Volvo Ocean Race stopover and the whole city is expected is out to celebrate the occasion, which was first announced five years ago. As Volvo Ocean Race’s Chief Operating Officer Tom Touber said, “With such outstanding facilities and great enthusiasm, I’m convinced that Cardiff will have a stopover to remember.”

Going back to its roots

This is the first time the Volvo Ocean Race has visited the United Kingdom in more than a decade, but whilst Cardiff will be making its debut as host of the Volvo Ocean Race, it represents a return to its roots since the race began life as the ‘Whitbread Round the World Race’ over 37 years ago.

For the Volvo Group, however, the race is more than just a yacht race. The race represents a unique opportunity to demonstrate the Group’s strong commitment to working to bring about cleaner oceans.

As such, Volvo is excited to be inviting you to Cardiff and share in the thrill of the race. See the boats, meet the sailors, watch the in-port race and cheer on the teams as they experience the adventure of a lifetime. Located across the bay from Cardiff city centre, the free-to-enter Race Village which opened for visitors on 27th May 2018. Way Finding towers which will help you navigate the entire experience with each tower featuring screens to keep visitors updated on the Race leaderboard and provide information on local events to ensure no action is missed.

Packed with things to do, see and experience, the Race Village will showcase :

To celebrate the 2017-18 Volvo Ocean Race, Volvo Trucks has launched a LHD-only special edition FH or FH16 truck with Globetrotter or Globetrotter XL cabs that complement the boats with their unique design and world-class performance.

For ‘adrenaline junkies’, there will be an exciting Sky Ocean Rescue In-Port Race scheduled for June 8th 2018 at 14:00hrs. At the heart of the Race Village is ‘The Globe’, a large dome that serves as Volvo’s Sustainability Centre to illustrate the growing problem of plastic pollution – as highlighted in BBC’s ‘Blue Planet’ – and explains the need to act now before it is too late.

As Henry Sténson, EVP Group Communication & Sustainability Affairs explains, “The Volvo Ocean Race is a fantastic communication platform for raising awareness around the littering of the oceans – one of the biggest challenges we face in the field of sustainability today.”

Indeed, one of the boats is named, ‘Turn The Tide On Plastic’ and is helping to spread the message about the damage caused by plastic in the oceans and is actually collecting data on microplastics as it voyages around the world.

And, of course, there will be a chance to get ‘up close and personal’ with the actual Volvo Ocean 65 race boats sailed in the race as they sit dockside.

The race boats will leave for their penultimate detination – Gothenburg in Sweden – at 16:00hrs on 10th June 2018, ahead of the final leg into Scheveningen, near The Hague in the Netherlands on 24th June 2018.