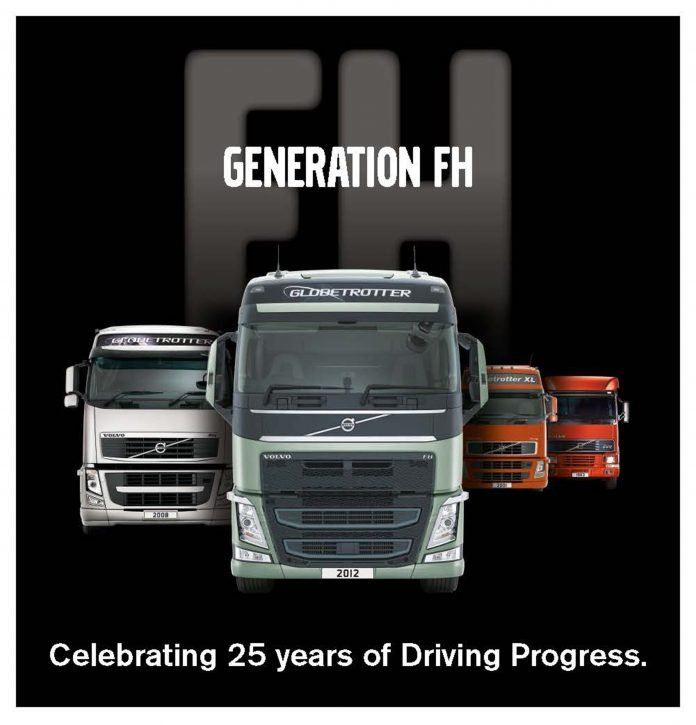 When it was first launched in September 1993, the Volvo FH was the most technically advanced truck of its time. A quarter of a century later it remains an innovative leader, not least within areas that directly benefit drivers, such as safety and driver care.

Add numerous examples of ground-breaking developments such as eco-friendliness and production efficiency, and it’s clear that the Volvo FH has changed the world of truck driving and road transport forever – with the promise of more to come. 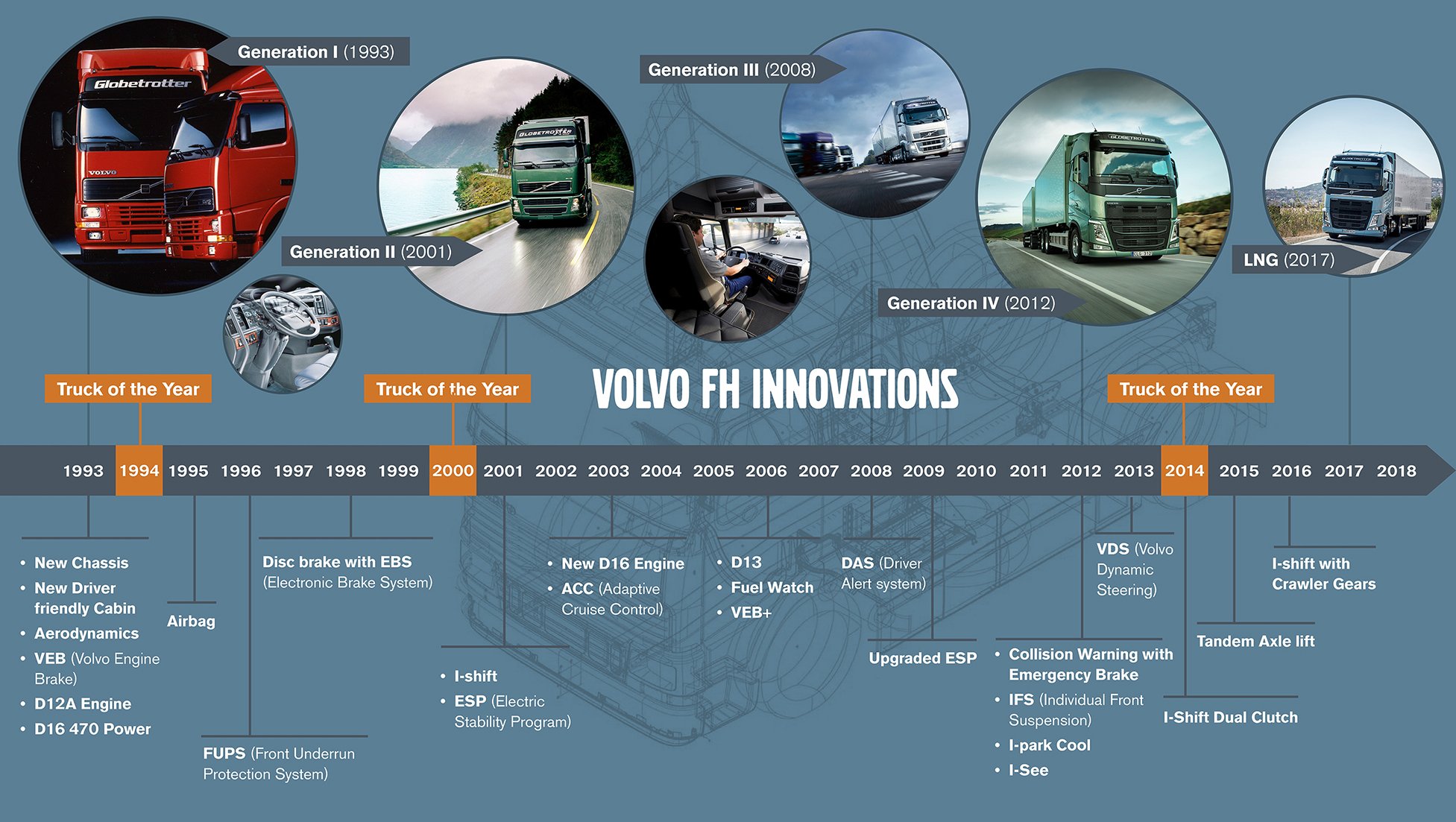 Claes Nilsson, President, Volvo Trucks, sees the Volvo FH as the backbone of Volvo Trucks when it comes to image as well as creating profitability for the customers, while offering a state-of-the-art workplace environment for drivers. He recalls how the bold introduction in 1993 marked the start of a very successful time for Volvo Trucks.

“We were coming towards the end of a recession, but decided to make a big push, and this proved a real success. We launched the FH at the right time and had the most attractive product when the economy and transport market turned upwards again,” stated Claes Nilsson.

The first version was based on a new chassis with a dynamic design that facilitated flexible solutions for different transport applications. Everything had a clear business focus, including the fuel-saving aerodynamics, ground-breaking driveline and the Volvo Engine Brake.

It was however the new cab that really signalled that the Volvo FH was something special. Volvo Trucks decided early on to put the driver centre stage when over 1,500 drivers took part in extensive clinics. The end-result was a safer and comfortable cab that created a whole new driving, resting and sleeping experience.

“Volvo Trucks has always been driving progress, but introducing the FH was a bigger step than before and one that really shows the drive of our engineers to use new technologies to add value to our customers and their drivers.”

For drivers this dedication meant no less than three cab face-lifts between 1993 and 2008. Then, in 2012, the all-new Volvo FH was launched, where a completely new cab and an integrated climate system – I-park Cool  – created premium comfort. Since then, features like Volvo Dynamic Steering (2013) has led to easier, safer, more stable and precise driving while reducing strain injuries.

From day one, the Volvo FH has been a forerunner in safety. Not least in passive safety, where Volvo Trucks was the first truck brand to offer an airbag (1995) and introduced Front Under-run Protection System (FUPS) in 1996 – ten years before it became a legal requirement. This progress continues to this day and the truck is also equipped with the latest active safety systems.

Alongside driver comfort, safety has been the guiding star when designing the cab. During the development, the truck was subjected to thousands of simulated collision tests and around a hundred ‘real’ crash tests. Collision-absorbing beams and doors are made of dual-phase steel and the body panelling is made from the strongest available steel. In short, every detail of the exterior and interior design work together to make the Volvo FH the safest truck to date from Volvo Trucks.

The Volvo FH has also taken performance and productivity of heavy-duty trucks to a new level. Among the many innovations, the revolutionary I-Shift automated gearbox (2001) deserves a special mention. Today it has become an industry benchmark having evolved over the years to meet different demands and needs.

The I-Shift Dual Clutch is especially beneficial for regional and long haul transports on hilly or winding routes. All gear-changes are precisely timed without loss of power or torque, which improves driver comfort and allows higher average speed. For construction and heavy transportation, I-Shift with crawler gears is ideal. It permits the truck to start from a standstill with loads of up to 225 tonnes and drive as slow as 0.8 kms per hour (0.5mph), which makes precision manoeuvres in tough terrain easier to perform.

I-Shift is a perfect example of an innovation that not only benefits drivers and operators, but also reduces the truck’s footprint. Environmental care is one of Volvo Trucks’ core values, and year by year the Volvo FH has reduced its emissions and fuel consumption.

“We have had a really impressive journey with the FH and there is more thrilling news coming up in the future. Given the new technologies, we are really excited to continue on our successful journey together with our customers and their drivers,” added Claes.

The Volvo FH is the only model to be named ‘International Truck of the Year’ three times – 1994, 2000 and 2014 – and almost one million units of the model have been sold to date.

When it was first launched in 1993, Volvo Trucks announced that ‘the future is here’. A quarter of a century later the company is adamant that the Volvo FH is still the truck of the future.