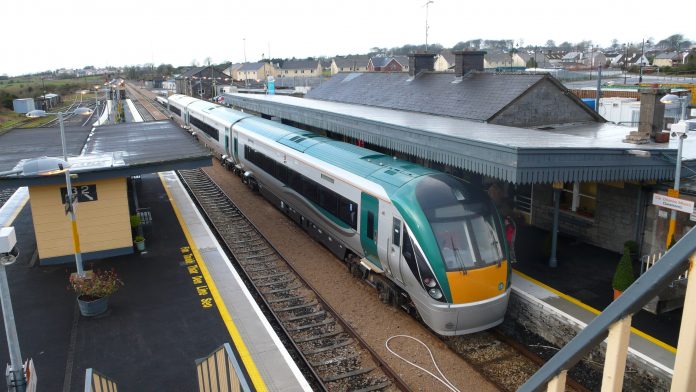 West on Track has welcomed the recent announcement by the Minister for Housing, Local Government and Heritage, Darragh O’Brien TD, of funding under the Urban Regeneration Development Fund (URDF) for two significant projects which will improve frequency, integration and facilities for rail services to and from Galway city.

The investment is expected to make it possible for trains to operate every 15-20 minutes on the section between Athenry and Galway city and to improve commuter services from both the Limerick and Galway lines.

“We view this announcement both as a precursor and an enabler of a positive decision to provide services from Mayo including Ballina, Castlebar and Westport via Claremorris and Tuam to the regional capital of Galway, and we are confident that this investment was made very much with this in mind,” a spokesman said.

The investment of €9.28 million will include a 1km passing railway loop at Oranmore Station, opened in 2013 as part of the Western Rail Corridor and the fastest growing commuter station in the west, including additional platform and associated infrastructure, allowing more frequent rail services. The funding will also provide for design of lands south of the station, ensuring development integrates with line improvement.

The additional platform and loop is expected to pave the way for full double-tracking of the section in the future.

In Galway city Ceannt Station will benefit from a major €40.3 million Galway City Council Transport Connectivity project. It includes the Ceannt Quarter Regeneration, a brownfield regeneration scheme which will see the redevelopment of Ceannt Station, providing an integrated transport hub in the heart of Galway City centre.