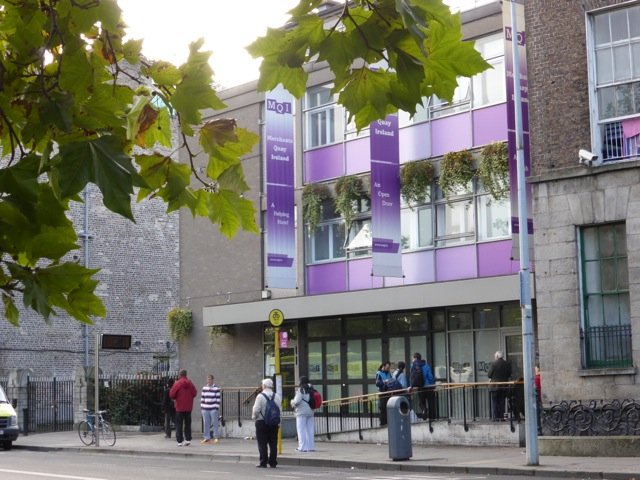 The Woodland Group Ireland, one of the country’s leading freight forwarding and supply chain experts, has announced Merchants Quay Ireland (MQI) as its official charity partner.

Merchants Quay Ireland is a national charity offering support to the country’s most vulnerable, those without shelter and caught in addiction. MQI provides frontline services, mental, physical and emotional support, safe spaces as well as pathways towards recovery and innovative responses to the issues related to drug use and homelessness in Ireland.

In May, the team at Woodland Group Ireland collaborated with MQI on initiating and premiering the MQI Road to Recovery Challenge by committing to run, walk or cycle 1350km in a month to raise funds and awareness for the charity’s work. In doing so, they raised over €4,000, smashing their target in the process and enabling MQI to fund summer care kits and essential follow-on support for 100 humans in need.

Having been inspired by the positive impact of MQI’s work, the team at Woodland Group Ireland felt driven to support MQI in an official capacity. As part of their partnership, the Woodland Group will become MQI’s logistics partner, offering practical and meaningful support in a number of areas, including:

Commenting on the partnership, Kevin Brady, MD, Woodland Group Ireland: “It’s been an incredibly volatile 18 months and now more than ever, our communities need to come together to help those in need. We have become great admirers of Merchants Quay Ireland and their important work, and all our Woodland team members feel strongly about supporting MQI in creating opportunity and positive change for vulnerable community members. We are privileged to be in a position to partner with a charity like MQI and to be backing their vital work.”

“Everything starts with a cup of tea at Merchants Quay Ireland (MQI). When men and women come to the door, they find it’s not the end of the road – it’s the start of a brand new one.

MQI offers a hot shower, change of clothes and a meal to people who are homeless, struggling with addiction and suffering mental health problems. With ongoing qualified support, founded in trusting relationships, clients can access follow-on services to reclaim their drug-free lives, find a home, and fulfill their potential. We’re delighted to have Woodland Group’s partnership in our work.”, Emma Murphy, Major Giving & Legacies Fundraising Manager, added.

Stena Line sets sail to Finland for the first time –...