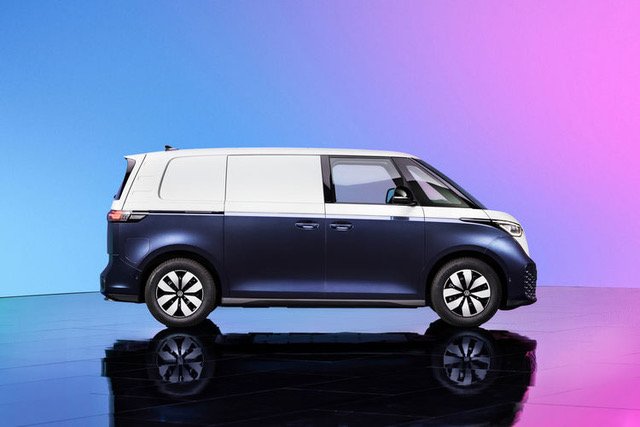 The build-up was quite intense, with pre-production models touring a selection of European cities before the official global launch yesterday evening. Great anticipation had built up therefore. Headlining the online premiere was movie star Ewan McGregor, an ardent VW fan and owner. With the introduction of the ID. Buzz, Europe’s first all-electric people carrier and van range, Volkswagen is providing yet another solution to sustainable and CO2-free mobility. The ID. Buzz comes with the latest ID. software and sets new standards in its segment with the latest systems and functions for safety, comfort and up to 170 kW charging power, Plug & Charge and bidirectional charging. 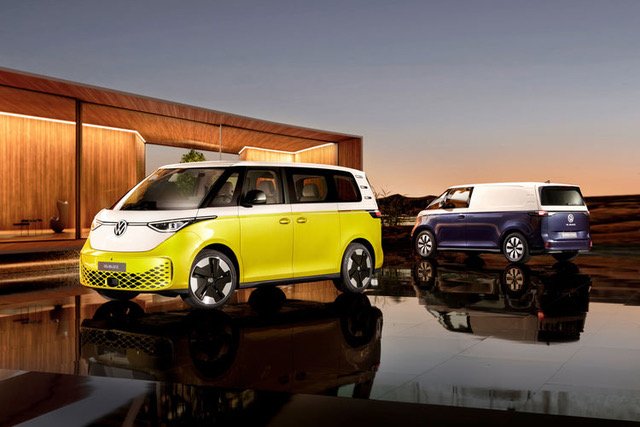 As is the case for all the models in Volkswagen family, the ID. Buzz, which is built by Volkswagen Commercial Vehicles in Hannover, is also based in engineering terms on the Group’s Modular Electric Drive Kit (MEB). The world’s first scalable mass production platform for all-electric cars provides the cross-brand basis for all sorts of different models and segments. Its architecture allows for an evolutionary further development of software and technology, which not only benefits new models such as the ID. Buzz, but also models that have already been delivered, by means of over-the-air updates.

Initially, the ID. Buzz and ID. Buzz Cargo will be sold across Europe with a 77 kWh battery (gross energy content: 82 kWh). It provides current to a 150 kW electric motor, which – as the flat engine once did in the original Transporter 1 – drives the rear axle. The position of the battery, integrated deep down in the sandwich floor, and the lightweight electric drive system result in a good distribution of weight and a low vehicle centre of gravity. The lithium ion battery can be charged from wall boxes or public charging stations using 11 kW alternating current (AC). Via a CCS plug connector at a DC rapid-charging station (direct current) the charging power increases to as much as 170 kW. When charged in this way, the battery charge level rises from 5 to 80% in about 30 minutes. Using the latest ID. software, the model line will also offer the ‘Plug & Charge’ function in the future. Via this function, the ID. Buzz authenticates itself at compatible DC rapid-charging stations via the charging connector using the ISO 15118 standard. It also exchanges all necessary data with the charging station in this way – an added convenience. Bidirectional charging enables the ID. Buzz to feed unneeded energy from the battery into the customer’s home network (Vehicle-to-Home). The power transfer and communication take place via a special DC bi-directional wall box.

While brand new, there is a retro feel to the new vehicle, as concurred by Jozef Kabaň, Head of Volkswagen Design. “The Transporter T1 – an icon of the 1950s – enabled people to gain mobility and freedom. With the ID. Buzz, we are transferring this T1 DNA to the present day and thus into the era of electric mobility. The ID. Buzz brings a lot of sympathy and proximity to people back to the road,” he continued. And it is the proportions that make the ID. Buzz so unique. “In the T1 you are practically sitting on top of the front axle – there’s no front overhang. For all its safety relevance and technology, the ID. Buzz has super short overhangs. The ID. Buzz is timeless, sustainable and yet also extremely functional – that makes it unique. Another feature that has always been typical of the model line is the iconic front with its V-shaped front panel between the charismatic LED headlights. That goes for the optional two-tone paintwork too. “

One feature of the ID. Buzz and ID. Buzz Cargo is the long wheelbase of 2,988 mm, roughly the same as that of the current T6.1. The length of both versions is 4,712 mm. By virtue of what, in relation to the overall length, is a very long wheelbase, optimal use is made of the vehicle footprint. Including roof aerial, the two versions of ID. Buzz measure, dependent on specification, 1,937 mm or 1,938 mm in height. At 1,985 mm, the new model is 81 mm wider than a T6.1. The turning circle of 11.1 metres, meanwhile, is unusually small.

‘Two or three seats up front, as the customer desires, and a fixed partition separating off the 3.9 m3 cargo space are distinctive features of the ID. Buzz Cargo. The zero-emission cargo version can take two loaded euro pallets, loaded in transversely’

The ID. Buzz and ID. Buzz Cargo will come onto the market in the first few European countries this autumn. Advance sales are due to start in May. With the ID. Buzz, Volkswagen of America will also be initiating the comeback of the so-called microbus in the USA and Canada.

Commenting after the launch, Alan Bateson, Director of Volkswagen Commercial Vehicles Ireland, said: “The ID. Buzz is a complete game changer for Irish motoring. Not only is it the first all-electric MPV and van to be made and shipped with a carbon neutral footprint, it brings the spirit of the original T1 to the cutting edge of vehicle design and technology. There has been a huge amount of interest in ID. Buzz ever since the Microbus prototype was unveiled in Detroit in 2000. Now that it is finally here, as a desirable family passenger car and highly-practical and versatile commercial vehicle, we can see what all the fuss was about.” 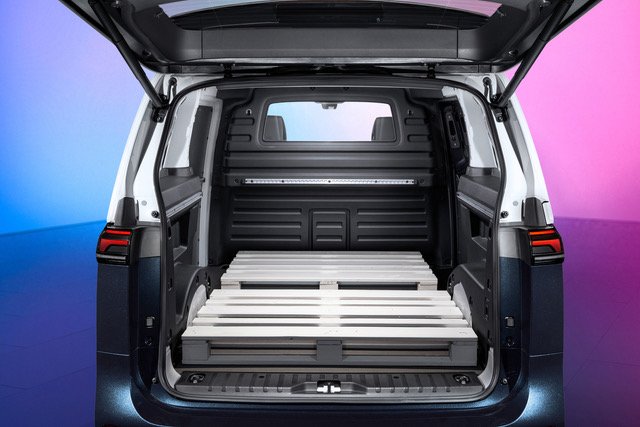