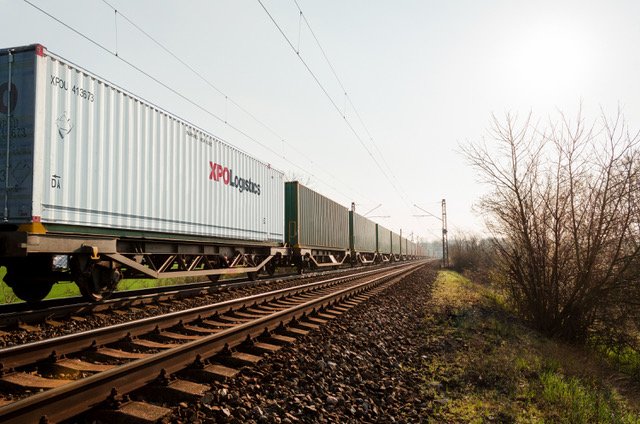 XPO Logistics launched a weekly container train between Ballina and Belview Port, Waterford in July 2021 for shipping connections on to mainland Europe. Loadings on the new service were initially a little sporadic due to reduced output from the principal customer and the effects of delays in Europe. However, from the start of 2022 issues were resolved and loadings increased with other customers also utilizing the XPO service for a small volume of containers.

The build-up of business has now reached sufficient volume level where the second weekly return service can commence and this scheduled to happen from June. The service was set up to connect Ireland and mainland Europe, however XPO have also been trialling two loads that originate from outside Europe. Paul Hayes, Business Unit Director, XPO Logistics Europe advised that it was “not the start we expected, but we have gained momentum quickly and have a successful rail flow that has grown.”

The Ballina freight yard is the busiest in Ireland outside Dublin and handles intermodal trains to Dublin and Waterford Ports and pulpwood to Waterford. The IÉ ‘Rail Freight 2040 Strategy’ notes the terminal as the model for the ‘Tactical Rail Freight Terminals’ (TRFT) that it proposes for construction in Cork, Galway and Sligo. Tim Casterton